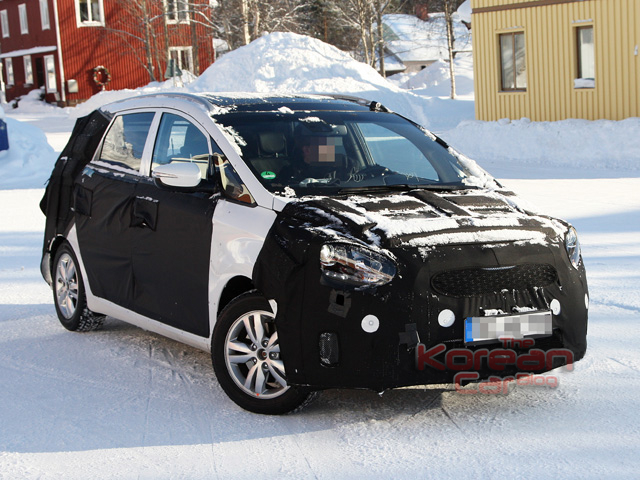 The new Kia Cee’d MPV will be built on the same platform as the upcoming Hyundai ix30 (we recently see a couple of spy shots) and will come as a replacement for the Carens/Rondo. The new model will be offered in both 5 and 7 seat configurations and will feature a more conventional design language than the Hyundai ix30. Expect to see an exterior design similar to the one already previewed by the new Cee’d hatchback with Kia’s new trademark “tiger-nose” grille and aggressive, wraparound headlamp clusters housing signature LED daytime running lights.

The new Cee’d MPV will be unveiled sometime in 2013 and will be fighting against the Volkswagen Touran, the Ford C-Max, the Citroen C4 Picasso and the Mazda 5, among others.