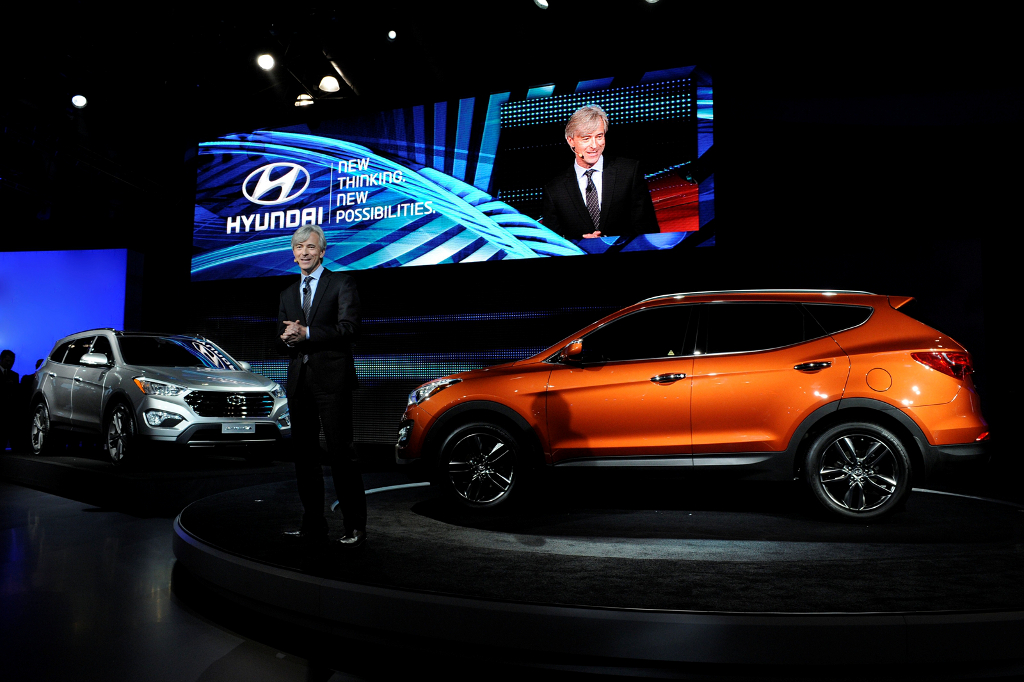 Hyundai Motor Co. could see U.S. sales top 700,000 vehicles this year despite the Korean automaker’s tight vehicle supplies, a top executive said today. Hyundai Chairman Chung Mong-koo, who is credited with leading a focus on quality at the automaker since he took over in 2000, has capped production capacity globally, so plants will need to squeeze any added output from the current production schedule, said John Krafcik, head of Hyundai Motor America.

Last year Hyundai sold 645,691 cars and SUVs in the United States, an increase of 20 percent from 2010. “What (Chung) wants to do is assure we’re all focused on quality,” Krafcik said. “When he is satisfied that we’ve achieved this steady state from which we can grow, then we’ll have some opportunity” for adding capacity.

Hyundai, which has capped annual global capacity at around 7 million vehicles, has a U.S. plant in Montgomery, Ala. Hyundai affiliate Kia Motors also builds Hyundai cars at its factory in West Point, Georgia. Hyundai will continue to shift more sales from fleet customers, like car rental companies, to retail customers, Krafcik said.

Fleet sales, which are less profitable, accounted for 10 percent of U.S. sales last year, and Krafcik said the company plans to move that to as low as 5 percent, which could help shift as many as 100,000 sales to retail.

Fleet accounted for as much as 26 percent of the Korean automaker’s U.S. sales in 2009. Krafcik, at an event to show off the new Azera car and redesigned Genesis coupe, said he did not know what Chung’s time frame might be for allowing capacity to start rising again.

The Hyundai brand ended the first quarter with a 4.7 percent share of the U.S. new-car market, down from 5.1 percent in 2011. Krafcik believes it is unlikely the company will lose more market share.

Hyundai’s current inventory of vehicles is very tight. It started March with 55,000 vehicles at U.S. dealers and sold 70,000 cars that month, Krafcik said. That pattern is playing out again in April. “We are literally selling cars off the transporters.”

Krafcik said the weather was unusually warm in the first quarter and higher gasoline prices also drove consumers to dealers looking for more fuel-efficient vehicles. He said some of the better-than-expected first-quarter sales were sales that would normally come later in the year.

While the first quarter’s annual sales rate finished at 14.5 million vehicles, Krafcik said Hyundai was not ready to make that its forecast for the full year.

“We don’t know if it can hold that pace,” he told reporters. “We’re thinking more like low-14s”.

“We’re still seeing a lot of folks waiting to buy, but that waiting now seems to be reaching a point of breakage where they’ve got to buy. A lot of it depends on jobs and housing still, and unemployment continues to improve, which is great news.”