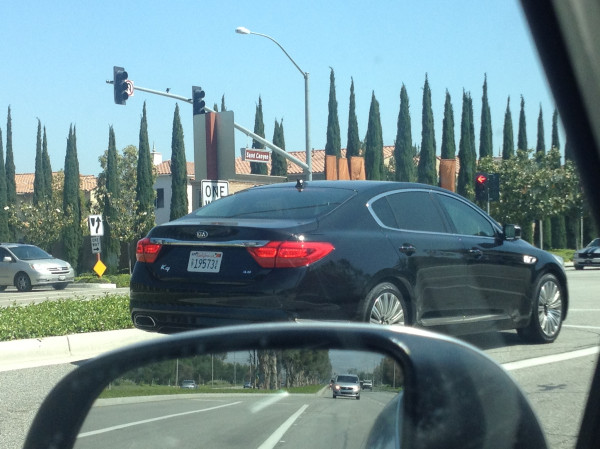 Another piece of evidence suggests that Kia is likely to bring its K9 flagship sedan to the United States. The rear three-quarter shot shows the sedan with California plates marked with the vertical “DST,” meaning the vehicle is registered to a car company.

Officially, Kia is still evaluating the K9 for the United States, Kia spokesman James Hope said. “It’s not uncommon for us to receive cars for evaluation,” said Hope, who declined to confirm whether the car was Kia’s because he hadn’t seen it.

Also visible in the photo is the “3.8” badging for the 3.8-liter V6 engine from the Hyundai-Kia arsenal that powers the car. Stay tuned!