US: Kia thinking about a diesel engine for the Optima? 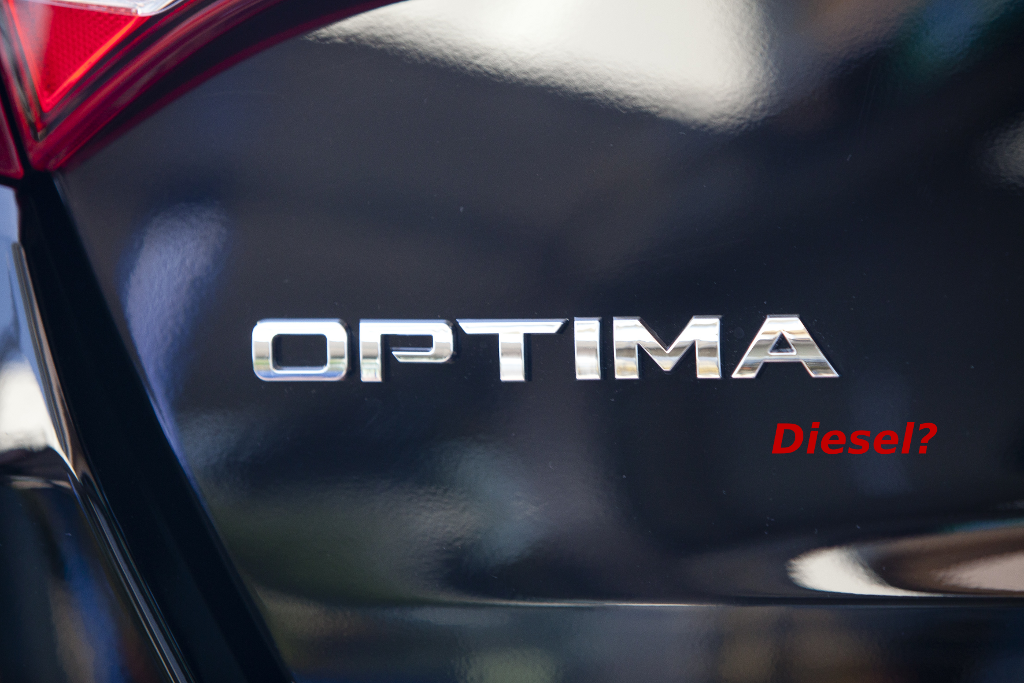 Rumors about global-market diesel engines hopping over one pond or another to the United States are a dime a dozen, but a recent question posed by Kia Motors America’s public relations department on Facebook has us wondering if an oil-burning Optima is in the cards for this market.

On its Facebook page, Kia’s PR department cited a relatively obscure and vague story by EfficientAutomobiles.com that speculated in broad terms that Kia might be considering selling its diesel Optima in the United States.

Kia’s PR page is aimed primarily at members of the media in North America, although the automaker does not restrict its Facebook fans. With around 1,600 “likes,” the PR page reaches a far smaller audience than Kia’s main global consumer page, which boasts just shy of 2 million “likes.”

While Americans can choose from three engines in their Optimas, European markets are only offered a single diesel – a new 1.7-liter CRDi turbo four-cylinder that puts out 134 horsepower and 239 lb-ft. of torque.

That might not sound like much for a larger sedan like the Optima, which tips the scales at around 3,300 lbs., especially since Kia’s U.K. office quotes a hefty 11.5 second 0-60 sprint when backed up to a six-speed automatic. But that engine could make a good fit for a smaller car like the next -generation Forte, which is expected to debut later this year.

Kia, like all of its rivals, is likely paying close attention to the diesel market in the United States. Though demand for diesel-powered cars has typically been limited, various emissions advancements and increasingly strict fuel economy standards are likely to grow the segment. VW has long been the volume leader, but General Motors is hoping to get a slice of the action later this year when its Cruze diesel arrives in North America. Will GM’s experiment be a one-and-done effort or will it spur more brands to take the plunge?

Only time will tell, but it looks like Kia might be another brand for diesel fans to watch closely.

← Prev: Scooped: The refreshed Kia Sorento caught on the 'Ring How not to modify your Kia Sorento →