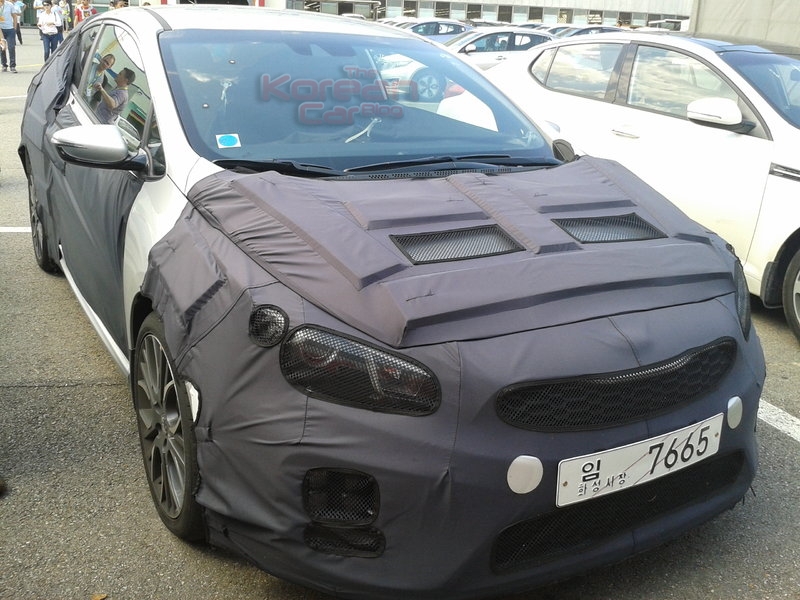 Directly from South Korea we received this exclusive pictures of the next Kia’s hot hatch pro_cee’d, codenamed GT. Our friend and follower Jell_voy took those pictures thanks to Kia Experience Program, he win a trip to visit Hwasung Plant and Kia Motors Global Headquarters.

After leaving the factory, they found a Kia pro_cee’d with a lot of cammo, not different than other pro_cee’d, but with two rear exhausts. As probably you know, we covered the 2012 Paris Motor Show, and talking with some Kia members they confirmed that the new pro_cee’d will be available with an sporty version later 2013. This car included a 1.6 T-GDi engine with around 200hp and the possibility to include the Dual Clutch Transmission. Also this “GT” version also include an sporty package to differentiate than the normal pro_cee’d. Stay tuned for more details!