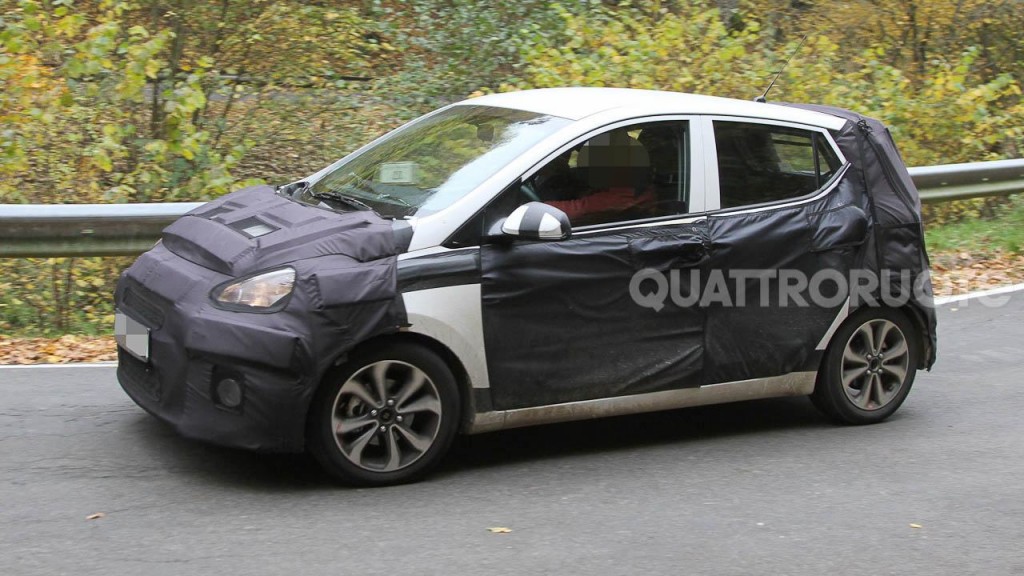 The new generation Hyundai i10 has been photographed during development test. The South Korean mini car, which could debut by the end of 2013 at the Frankfurt Motor Show, will be completely revised and edited at the level of European style design center.

Increase the size. The new shots do not allow us to discover significant differences compared to the old image has already been published, but confirmed the slight increase in length, with changes even lower to maximize interior space. The i10 is already quite full and only the plastic protective not allow us to grasp all the details, including the likely transition from vertical to horizontal for the taillights.

No indication also on the range of engines, which could still take advantage of the current range and introducing a new 1.0 Kappa TCi 3-cylinder petrol with tubo and delivering 106 hp, expected on other models.

← Prev: Kia concept to provoke at the 2013 Geneva Motor Show Hyundai to build new test centre at the Nurburgring →