First review of the pre-production Hyundai i10 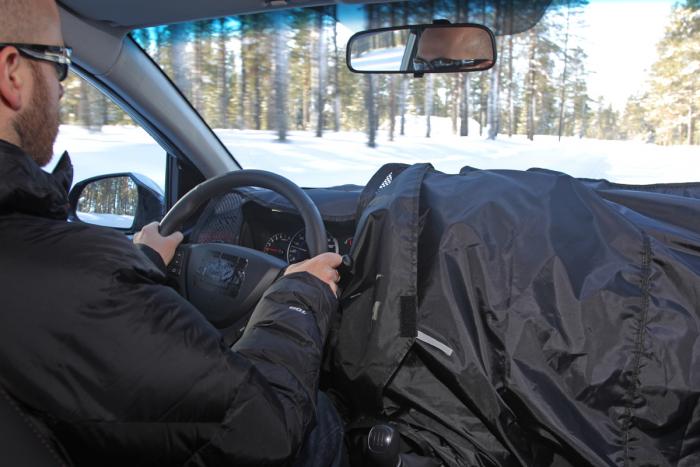 The all-new Hyundai i10 will be one of the stars of September’s Frankfurt Motor Show, and Auto Express has been granted an exclusive drive in a disguised prototype months ahead of the city car’s debut.

They travelled to a remote corner of northern Sweden to join Stefan May, head of Total Vehicle Test & Development for the brand, during the final week of their arctic testing run on the brand new city car.

He starts out by taking us for a few laps of a frozen test track to explain how the firm’s new model is taking shape.

Underneath the camouflaged bodywork, the new i10 uses the same platform as the Kia Picanto, so it sits slightly lower than before with a marginally longer wheelbase and wider track than the current car.

The result of these changes is a lower centre of gravity designed to improve the handling. To demonstrate the point, Stefan neatly adjusts the throttle and lets the back end move around on the ice and snow.

“The up! is of course the main rival now – but we had a lot of fun in our car” he says. “The ESP system is not too aggressive and allows a little oversteer and the 1.25-litre Kappa engine is already nice and smooth so it didn’t need too much working on” he continues.

Soon it is AutoExpress turn to get behind the wheel and straight away it is clear that the new i10 will be heading much more upmarket. Most of the interior was covered, but the high quality two-tone plastics they could see are clearly a cut above those in the current car.

They grip the thick rim of the heated steering wheel (handy when its -20ºC outside) and push the keyless starter button. The petrol engine starts up so quietly and smoothly that it’s hard to tell if it is even running at all.

Slotting first into second the five-speed gearbox feels a little tight and the action is stiff but once they are underway the accuracy and speed of the steering impress.

Push the throttle a little further and the mid-range response is eager enough to worry most rivals and – on the track at least – the i10 feels very light and nimble.

Despite being lower than before, interior space is impressive with plenty of leg and headroom available. The extra width in the body makes a real difference inside, too, as they manage to squeeze four adults in comfortably.

After a brief drive down a deserted Swedish road they can also confirm that the ride felt nicely damped. The suspension easily absorbed the few bumps they could find and the all-round disc brakes ensure that there is plenty of bite at the top of the pedal.

Once the car is safely stowed away Stefan seems confident when they ask him about the i10’s chances against its rivals:

“Originally we wanted to target Toyota as our benchmark but we now realise the value of aiming at building more European style cars” he says.

As part of this process the new car will not be built in Korea but instead production is being moved to a new factory in Turkey.

The i10 is still undergoing its final tweaks ahead of production but the heating systems and ESP settings will all be signed off for good after our visit.