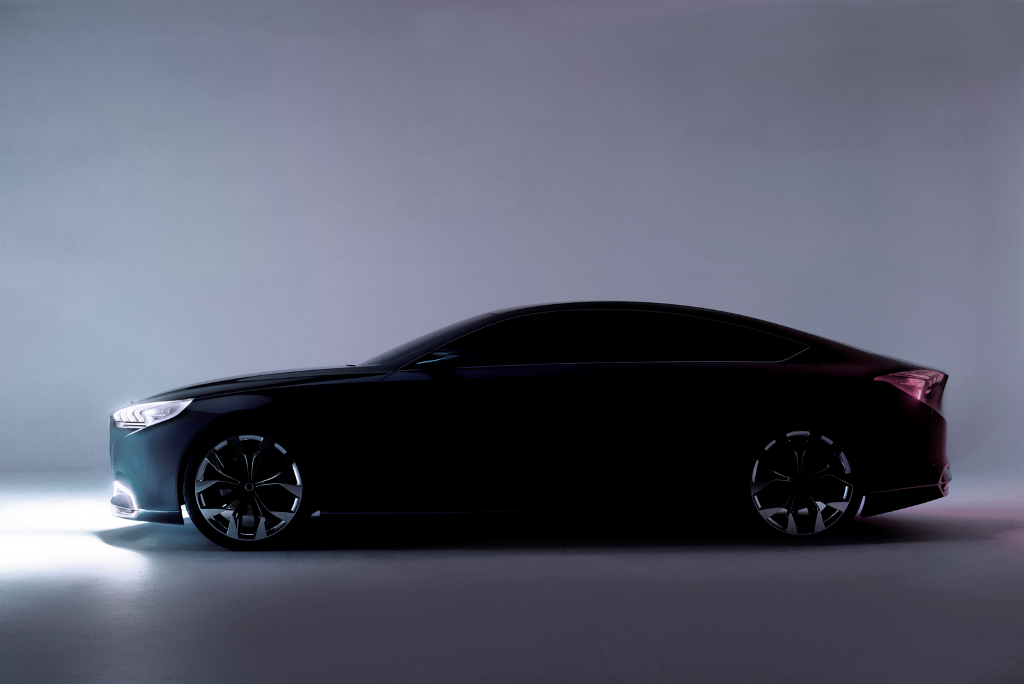 According to reports, the 2015 Hyundai Genesis sedan will make its public debut at the 2014 Detroit Auto Show and the second generation Hyundai’s premium sedan will be available with all-wheel drive.

[ads id=”0″ style=”float:left;padding:5px;”]The new Genesis sedan was previewed in the Korean automaker’s wild HCD-14 concept and expect quite a few changes to the sedan. In addition to the all-wheel-drive offering, it is expected that the 2015 Genesis sedan’s styling will be a departure from the automaker’s current model.

According to Hyundai, the new Genesis will feature a “fluidic-precision liquid metal” design language, which is prevalent on the HCD-14 concept. It will be interesting to see if Hyundai adds a torque-vectoring system to the Genesis sedan to compete with other higher-end luxury models on the market. But one thing’s for sure, Hyundai has no plans to offer a hybrid variant for either its Genesis or Equus sedans.