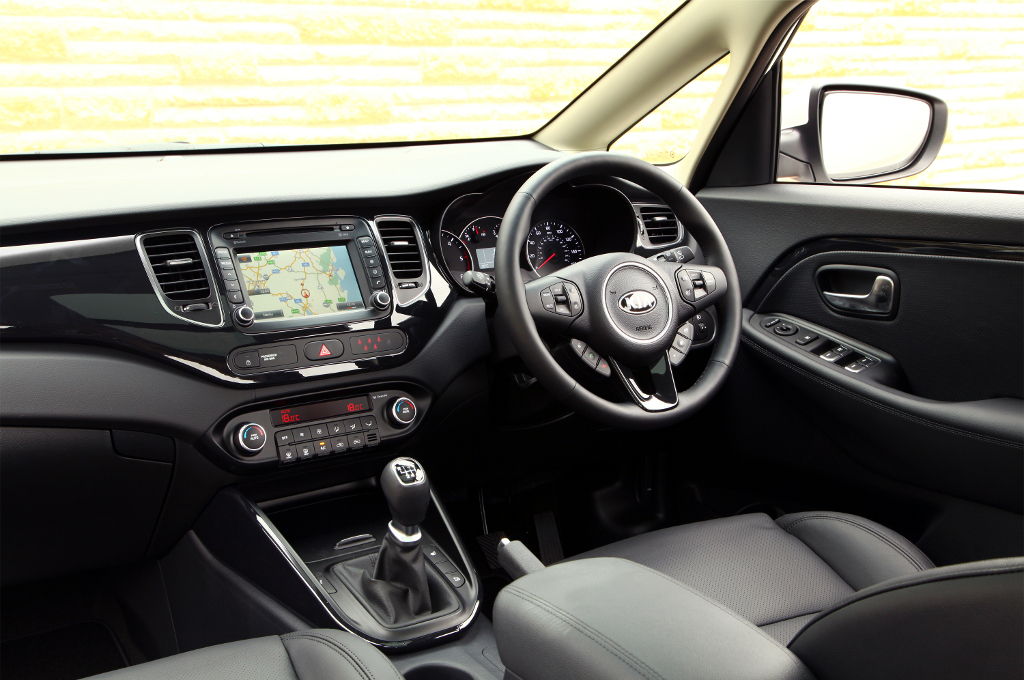 The Kia Carens line-up has been extended to include the top spec ‘3 Sat Nav’ model which has been introduced from September and is now available for customers to order in UK dealerships.

[ads id=”0″ style=”float:left;padding:5px;”]Initially launched in May the New seven-seat Kia Carens is a popular choice with families looking for extra space and versatility in a new car. Following feedback from customers and dealers alike Kia have added the model to the line-up which includes a seven-inch touchscreen satellite navigation system and an upgraded seven-speaker audio system.

Based on the high spec ‘3’ model with leather seats, dual zone climate control, full length panoramic sunroof and safety features such as recently announced Euro NCAP five-star ratings, six airbags and Vehicle Stability Management (VSM) with Electronic Stability Control (ESC) and all-round three-point seatbelts all fitted as standard. The top spec ‘3 Sat Nav’ is available with the 1.7 CRDi 134bhp engine, mated to a 6-speed manual transmission. It comes equipped with a seven-inch touchscreen satellite navigation system with European mapping and Traffic Management Channel (TMC) a handy feature that alerts the driver to heavy traffic ahead and then adjusts the route accordingly ensuring that the driver and passengers have a less stressful journey.

Also added to the model is an upgraded audio system that benefits from seven-speakers which also includes an eight-channel external amplifier and sub-woofer so that all seven occupants get great sound on their journey. AUX, USB and iPod connectivity are also fitted as standard in the Carens.

The Carens ‘3 Sat Nav’ is priced from £24,845 OTR with the metallic paint option charged at £495 and is available now from all Kia dealerships.