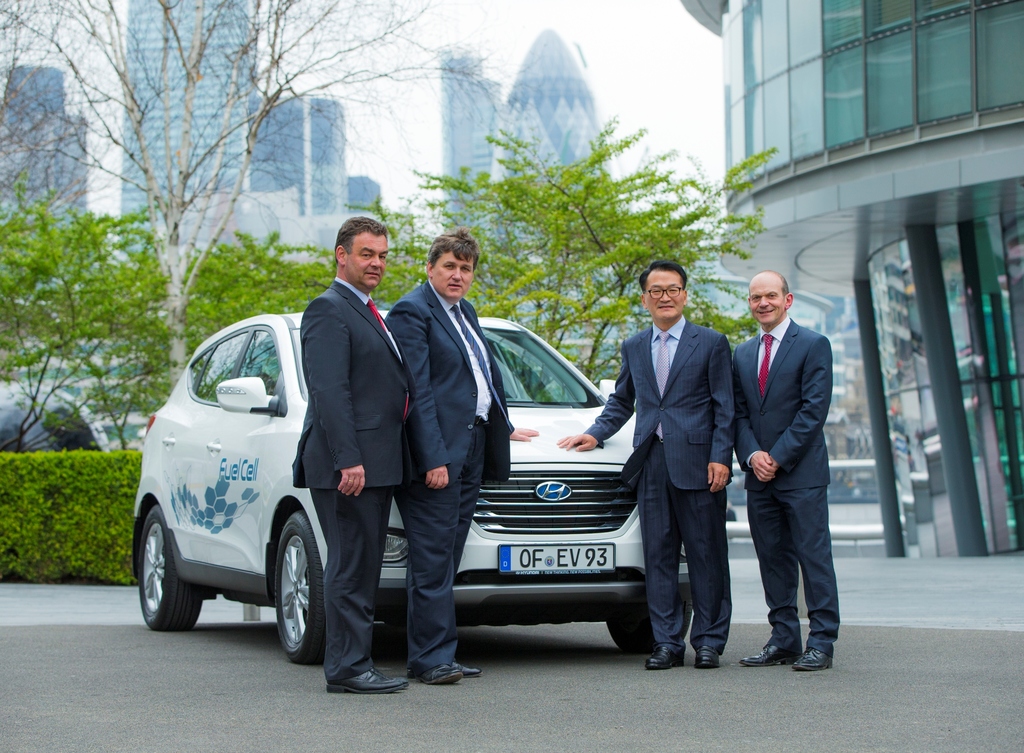 Hyundai Motor aims to deliver 75 units of its pioneering hydrogen-powered ix35 Fuel Cell as part of the largest ever pan-European fuel-cell passenger car project. The Hydrogen For Innovative Vehicles (HyFIVE) project, funded by the Fuel Cells and Hydrogen Joint Undertaking, will see deliveries made in Bolzano, Copenhagen, Innsbruck, London, Munich and Stuttgart.

As part of the project, the existing pan-European refuelling infrastructure will be expanded significantly, providing greater choice and convenience to early adopters of fuel cell electric vehicle technology.

President Rhim, on the launch of the project in London, commented: “Hyundai Motor has been a world leader in the development of hydrogen fuel-cell technology since 1998, and this latest partnership will help to further raise awareness of hydrogen power as a long-term transport solution. By delivering more vehicles for use on Europe’s roads, we will work with the other project partners to advance the awareness, understanding, viability and uptake of vehicles such as ix35 Fuel Cell.” 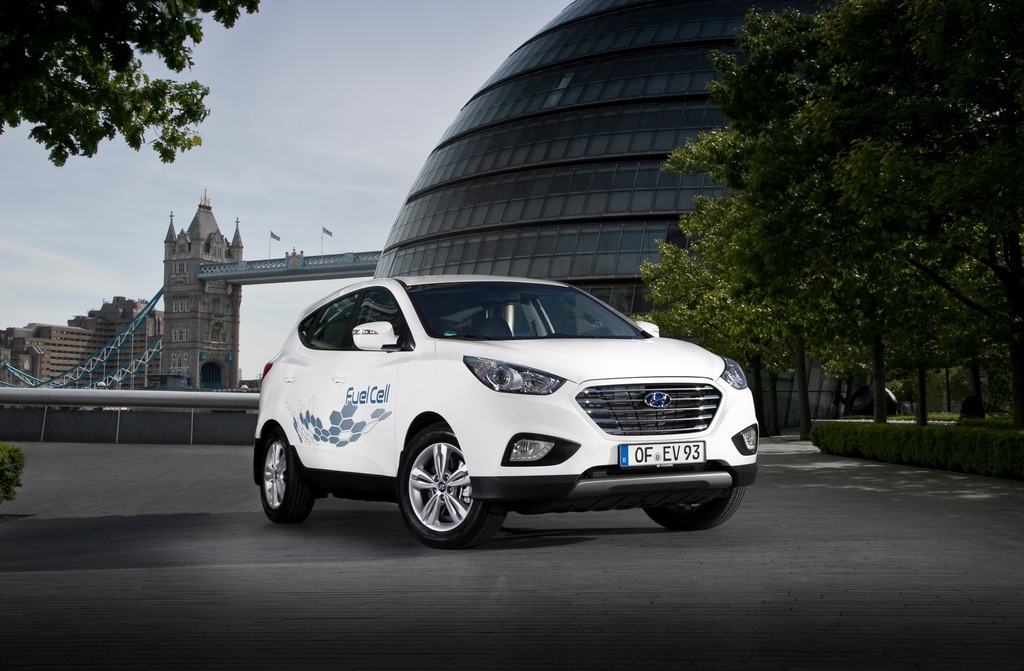 In total, the project aims to deliver 110 fuel-cell vehicles from the five manufacturers, including 75 from Hyundai Motor.

Hyundai Motor has already supplied examples of the ix35 Fuel Cell to customers in Denmark, France, Germany, Sweden and the UK. The ix35 Fuel Cell emits only water from its tailpipe and is fitted with a 100 kW (136 ps) electric motor, allowing it to reach a maximum speed of 160 km/h. A pair of hydrogen tanks, located between the vehicle’s rear wheels, enable the vehicle to travel up to 594 km on a single fuelling.