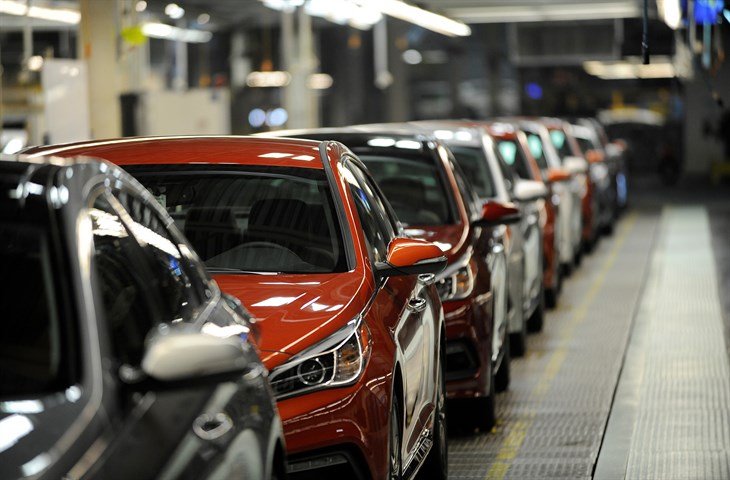 Sales of the South Korean automaker’s sedans such as the Elantra and Sonata are slowing in the U.S. as consumers take advantage of lower fuel prices to switch to bigger, less fuel-efficient SUVs and crossovers.

“It’s a new assembly line right next to the current Alabama line. State of Alabama is negotiating final terms,” one of the sources said, referring to the company’s planned new production facility.

A Hyundai spokesman said there were “no plans at this stage” to increase capacity in the United States. Hyundai will launch a revamped version of its Tucson SUV in Korea this month (while is hitting the market with more than 5,600 orders in less than one week), followed by the United States (where is expected to have succes too) and other countries. I think the succes of the new Tucson into the US-market will depend in how Hyundai can handle the demand.

Two other sources said Hyundai Second US Plant had been under considering to cope with SUV demand (as we told a few days ago), but they had not heard about a final decision. The sources would not be identified because the matter was confidential.

He said Hyundai might transfer Santa Fe production to Alabama, which could also produce the Tucson and a pickup. Hyundai currently does not sell a pickup in the U.S.

The Yonhap News Agency reported the new plant in Alabama would have annual capacity of 300,000 vehicles and start SUV production in 2017.

U.S. sales of Hyundai, a strong performer during the 2009 global economic downturn, rose 4.3 percent from January to February, lagging the market’s 9.2 percent growth.

Kia plans to start production at its first Mexico plant in the first half of next year, to help ease capacity constraints at its U.S. factory. The cue to arrive to 8 million car sales in 2020 will be opening new plants to support the demand.