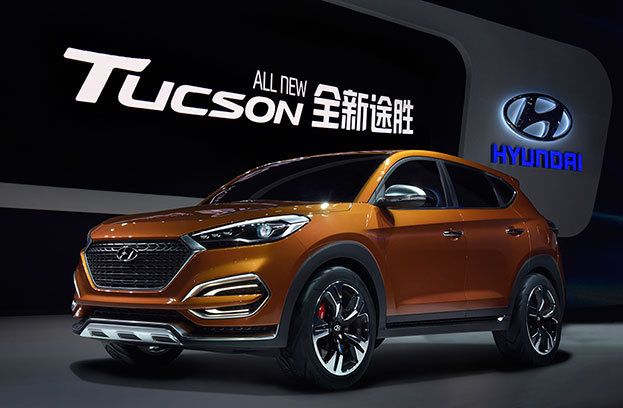 The South Korean automaker revealed during the 2015 Shangai Auto Show its all-new Hyundai Tucson concept, why concept? This is a model adjusted to meet the taste of the Chinese market, with wider wheelbase alongside another touches.

[ads id=”0″ style=”float:left;padding:9px;”]Newly designed hexagonal front grille along with a wide rear appearance highlighted to this Tucson more a “bold” and “refined” impression. Its head and tail lights are designed with a futuristic image and high-quality aluminum material was also adapted for its side mirrors, apart from a new colour called as “Gold Citrus”.The automaker added the all-new Hyundai Tucson will be available with two petrol engines, the 2.0 GDi engine and the 1.6 turbo GDI engine, delivering 165 and 201 hp respectively. Adding that it will focus its marketing on the model’s enhanced safety and convenience features. The 1.6 T-GDi will be available with a 7-speed in house Dual Clutch Transmission.The South Korean carmaker plans to produce and sell this chinese Hyundai Tucson from the second half, a move aimed at strengthening its SUV lineup and expanding its market presence in the SUV market in China.

Apart from the Hyundai Tucson concept, the South Korean brand also showcased its completely SUV line-up including Santa Fe and ix25, plus the Sonata family including the Plug-in Hybrid car and Turbo versions. 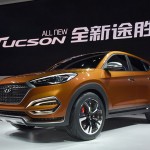 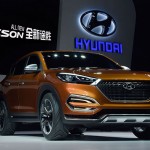