[ads id=”0″ style=”float:left;padding:9px;”]This is new model from Hyundai but similar powertrain output like the Hyundai Sonata with the Hybrid and Plug-in Hybrid models but we get an addition of Electric car. The design of the IONIQ is very similar to their competetion probably due to aerodynamics but on the front we see a resemblance of the new Hyundai Elantra. The headlight has a very similar shape as the Elantra except at the end, where it meets the fender, this one ends going upwards. At the bottom we seel a full LED fog lights and right below the front grill there is light blue bar, very similar color to the hybrid emblems Hyundai uses.

On the sides we also see very similar shape to the Elantra, with some unique changes like the third window on the passenger door, which this one ends with a flat bottom. Also at the bottom of the driver and passenger door we see the same light blue accent we saw on the front.

[ads id=”0″ style=”float:left;padding:9px;”]As far as powertrain we can also expect the new KAPPA 1.6 GDi engine with their 6 speed automatic transmission just like Kia hybrid SUV, this new engine unit produces 105 PS (77.2 kW), 15.0 kgf.m (147 Nm) and the thermical effectiveness at 40%. The 1.6 GDi has 2 cooling systems, one for the cylinder-head and one for the rest of the engine block.

As far as EV powertrain, we can also expect the new generation be on this model. Said powertrain by LG Chem’s Li-ion Battery capacity will be between 32kWh(43,5PS) and 170 NM with thermical effectiveness of 95%

Stay tuned for more details of this Prius-fighter. 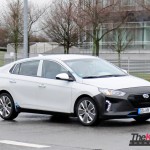 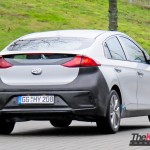 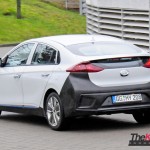 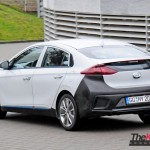 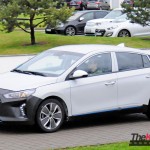 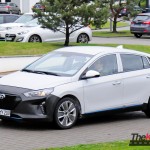 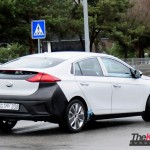 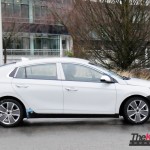 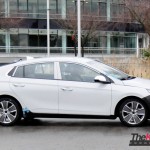 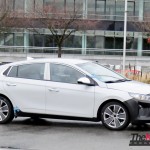 ← Prev: Exactly what are Values of a Two-Year University. Next gen Kia Picanto Spotted again →