Hyundai has unveiled the new generation of the Santa Fe SUV yesterday in South Korea, ahead of the Geneva Autoshow and it’s safer than before, and now we have new pictures that show the All-new SUV from more angles, including rear-end.

This is the Fourth generation and brings a lot of new things from the exterior and interior design to flow with the Hyundai SUV’s new design lines, hopefully helping the small decline on sales of the Santa Fe.

The Exterior design is based on Hyundai’s new SUV design like the models Kona and Nexo. The Turn signal and DRL on the top and the headlight at the bottom, it has 2 projectors inside making it much taller compare to the Kona which is wider with only 1 projector and it appears the fog light are down below. In between the headlights the same Hexagonal grill from the Kona but with a much bigger Honeycomb patter.

Additonally Hyundai is giving new safety features that are debuting on the Santa FE, Safe Exit Assist (SEA) and Rear Occupant Alert (ROA). SEA feature is an alarm sound when a passenger trys to exist the vehicle but a car is approaching from behind. ROA feature is an alert to the driver when there is rear passenger seat, this is focus to alert parent who accidentally leaves their children inside the car. 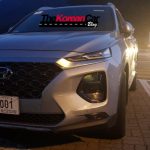 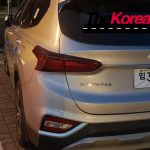 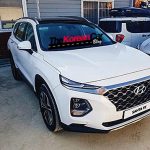 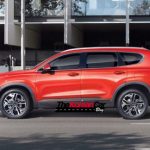 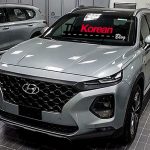 The Santa Fe is now available for Pre-Order in South Korea and soon will hit Show rooms by February 21. For the North American Market, we can expect the new Santa Fe by this summer.