Hyundai Nexo Will Have 609km Per Charge 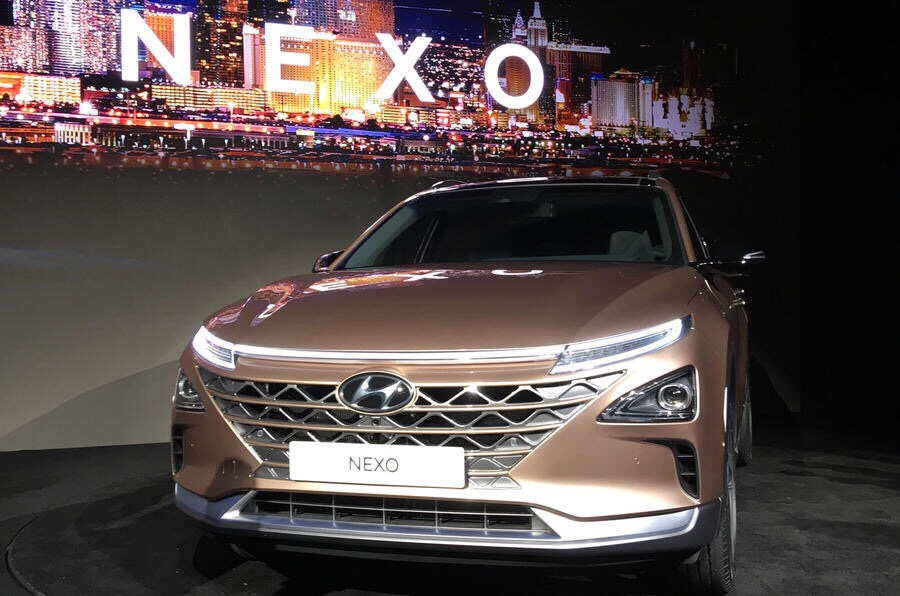 Hyundai Motor, South Korea’s No. 1 carmaker, said Monday that the exact driving range of its latest hydrogen fuel cell electric vehicle Nexo has been measured at 609 kilometers per charge, the longest among hydrogen-powered cars so far.

“Hydrogen is the ultimate medium when it comes to fostering the arrival of a world of clean energy,” said Pierre Etienne Franc, vice president of Air Liquide, before the media test drive of Nexo at Hyundai Motor Studio in Goyang, Gyeonggi Province.

“The achievement Hyundai Motor has shown through Nexo is a remarkable one that has contributed to making a hydrogen-based society.”

He is also the secretary of Hydrogen Council, which Hyundai chairs.

In 2013 Hyundai mass-produced the industry’s first ever FCEV, the Tucson ix.

Nexo will be released here next month with a long-term goal to reach an accumulated 10,000 hydroelectric vehicles sales by 2022.

Critics have raised doubts over the safety of fuel cell cars, arguing the hydrogen tanks make them more explosive in accident situations.

Addressing such concerns, Hyundai said multiple shooting and explosion tests of hydrogen tanks as well as collision tests with hydrogen valves have been conducted to ensure a top level of safety.