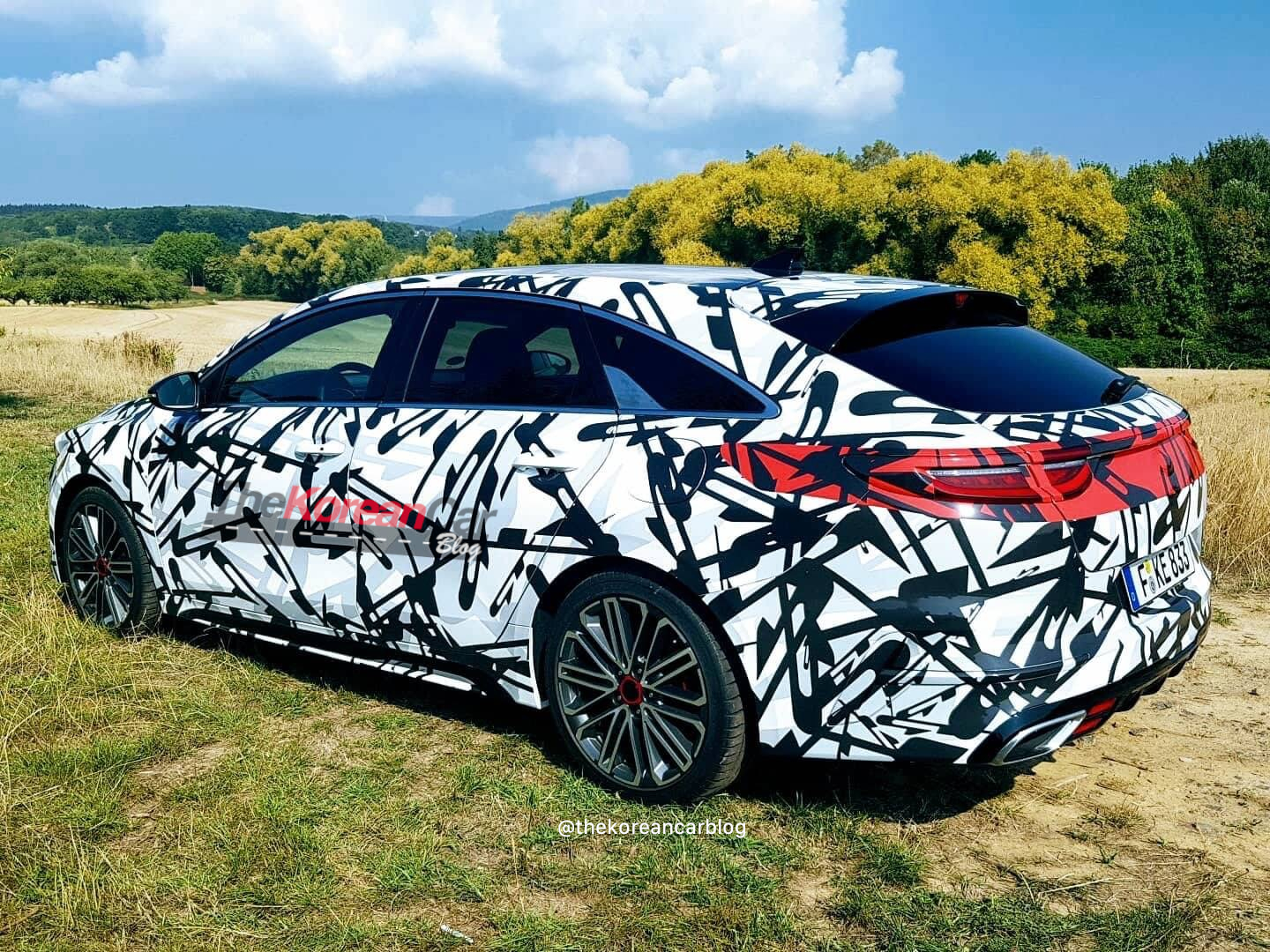 Caught in a test drive video a few days ago, today we have an exclusive set (thanks Daniel for the tip!) of pictures of Proceed Shooting Brake GT caught in the wild. Looks like Kia let testing the pre-production car to some bloggers/influencers as we have seen this video and pictures along of Instagram & Youtube. [ads id=”9″]

On this spy pictures we can see the All-New Kia Proceed Shooting Brake with the same camouflage (they used a thin “GT” stickers to cover the bodywork) but in a higher quality that allow us to take attention to more details.

The Proceed Shooting Brake was been driving around Frankfurt area and despite you can imagine, also has the “GT” logo on the front of the car while Kia’s logos are under camouflage.

There are also some exterior highlights, like the new chrome detail on the C-pilar (looks like will have the GT logo engraved) as well as bigger wheels and brakes with red calipers. But the biggest clue that we are in front of Proceed Shooting Brake GT variant is the chromed insert on the steering wheel (picture above).

Even if this car still has a lot of camouflage this is thinner and we can take a deeper look to the rear end, which is similar to the recent sketch with a full-width LED strip on the tailgate, and aggresive rear bumper with air intakes, the side sills and the bigger exhaust pipes on each side.

The front end will have a front lip, that will be red painted and aggresive air intakes on each side that will also help to see the car more wider. The headlights will be similar to the used on the Ceed, also with Full LED, but has a black finish.

The new Kia ProCeed will be revealed at an event on 13 September (and we will be there 😉 ), and make its public debut at the 2018 Mondial de l’Auto in Paris on 2 October. Stay tuned!