Another Kia EV SUV Is On The Way 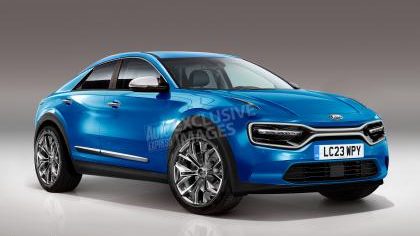 The striking Imagine by Kia concept that were the start at the Geneva Motor Show on March, will closely inform an upcoming “emotional flagship”, according to AutoExpress.

On an interview with UK magazine, the Korean brand’s chief designer, Luc Donkerwolke said: “I believe we will see a completely new diversification of typologies,” he told AutoExpress. “This car hybridises between a typical fastback five-door coupe architecture and an SUV. Finding its own identity.”

Best electric cars on sale right now Donkerwolke confirmed that the Imagine is underpinned by a brand new all-electric platform, yet the firm is keeping the technical details and capabilities of the architecture a secret for now.

But it’s scalable and designed for production, plus it’s a platform Kia and sister brand Hyundai will promote relentlessly over the coming months, with new show cars based on it due at further events in 2019.

“We are imagining it. We are creating it as we speak. This is the start of a process, but you will see soon the result,” Donkerwolke added. “It’s not a free exercise. It’s not just a last-minute car for Geneva. It has a purpose. This is more business than show. We are definitely not entertaining here, but actually communicating with our customers.”

He explained it usually takes three years to transform a show car into a production model, and while there was no suggestion that this would not be the case with the Imagine, the Korean company still has plenty to iron out – the car’s prospective customer base, for one.

However, in a best-case scenario, Kia would have to change only a surprisingly small amount. “I don’t see anything that’s really not feasible,” Donkerwolke said. “There are some cost-related issues that have to be validated; it hasn’t been done by designers who don’t understand how to build a car for production.”

But the newcomer, previewed in our exclusive images, wouldn’t become an outright flagship model. The Telluride SUV and K9 limo – two cars we don’t get here in Europe – are indicative of a global firm with different requirements for various markets.

While keen to refer to the car as an “emotional flagship”, Donkerwolke added that some of the Imagine’s design DNA is already seen in two of Kia’s European saloons: the rakish Stinger and more traditional three-box Optima.

Do you like the look of the new Kia in the render above?