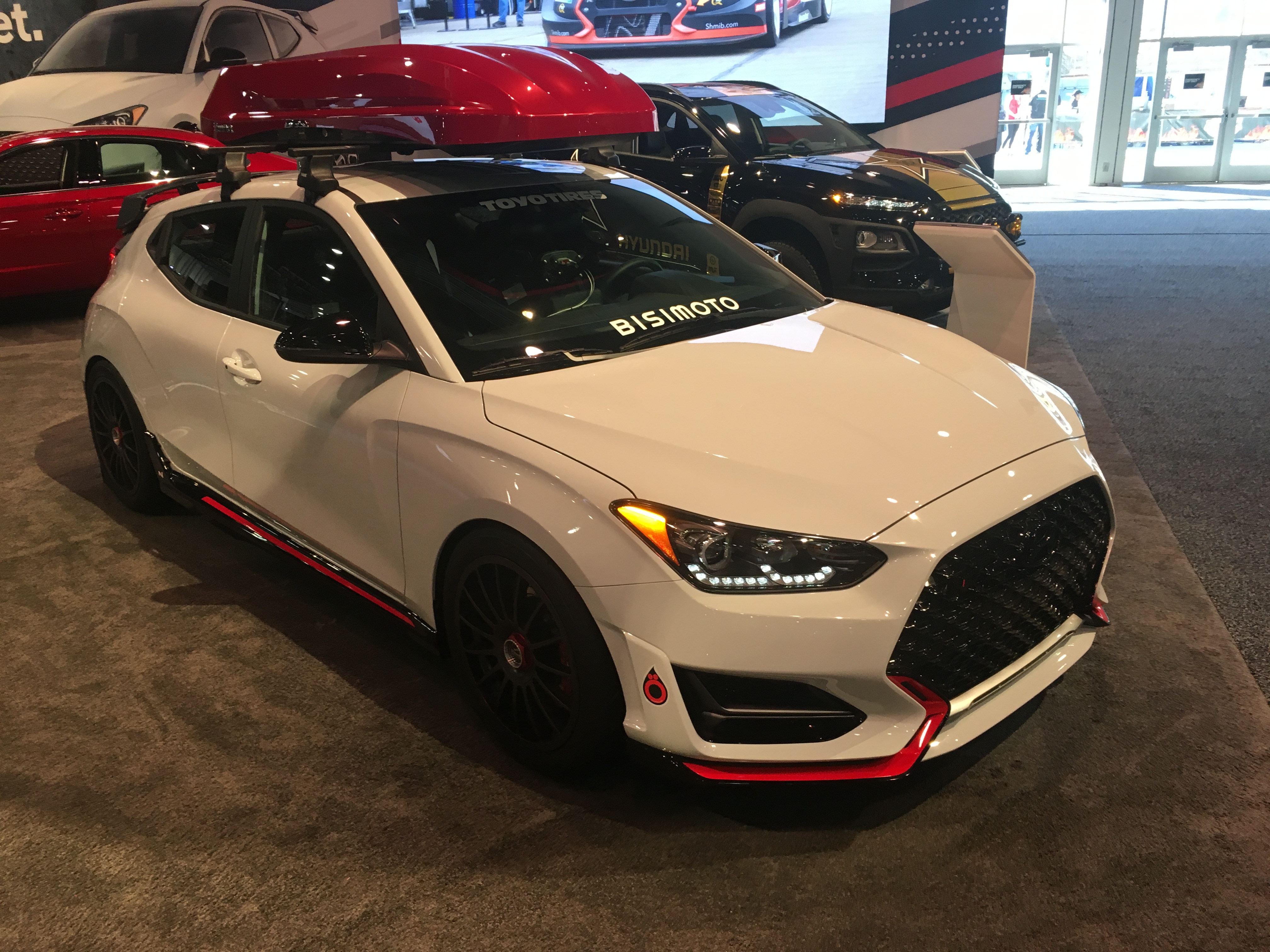 This year at SEMA brought an interesting twist for the Korean Car Blog.

SEMA is known to be one of the biggest automotive trade shows in the world. With it come thousands of customized cars, and hot rods to showcase the newest trends and products available. As we toured the show we found we found some pretty interesting things.

Surrounded by new supras and jeeps at first, it was looking bleak as we searched to find some customized Korean cars at SEMA. However, we were pleasantly surprised to find several throughout the convention. We found at 4 Kia stingers, at least 5 Hyundai Velosters, a couples of Konas, Santa Fes and some Kia Optimas. Needless to say we were delighted, as this year SEMA had the more Korean cars than ever before. Perhaps this was a positive sign that people’s view of a Kia or Hyundai is changing for the better.

No Kia Motors at SEMA

To our surprise, Kia Motors was not at SEMA this year. In the normal location where Kia has always been stood a large Snap On Tools booth competing in an effort to fight off Harbor Freight who also had a booth at the show. This absence left us with many questions as to why Kia did not make any attempt to show its presence at SEMA. Some of us speculate that Kia is preparing for CES, like several other manufacturers who have left SEMA in favor of other venues. Other speculations concern Kia’s infrastructure suggesting changes in upper management. Whatever it may be, we will be curious to see what is going on with Kia and if this absence is only for this year or a more permanent decision.

Hyundai went full motor sports this year at SEMA. They brought their Hyundai Veloster TCR along with pro drivers Michael Lewis, and Harry Gottsacker to sign autographs. In addition, they brought a Veloster Turbo caged and built to compete in the Pirelli World Challenge TC class for next year. Hyundai stepped up their game by also bringing out their Bonneville Salt Flat Sonata Race Car that took the record in its class earlier this year. It was great to see Hyundai still pushing their motor sports endeavors and winning on top of that. They brought out 3 custom builds as well, one was the renowned Performance N concept Veloster fitted with 100% carbon fiber parts and custom parts that give the N a more aggressive look. There is talk of whether they will release the parts to the public but currently it is all speculation at this stage. The other two cars were a custom Veloster build featuring a more aggressive tune along with a variety of parts from other vendors who assisted with the build. The next was a Hyundai Kona by Rockstar Energy Drink which made subtle but nice off road upgrades to showcase the Hyundai Kona’s trail and off road worthiness.

In the end, this year SEMA seemed more Korean car supportive than previous years. We are looking forward to seeing what next year will be like and what our two Korean Manufacturers will do. We hope Hyundai continues to push motorsports while Kia joins in the fun and makes another race car or two.