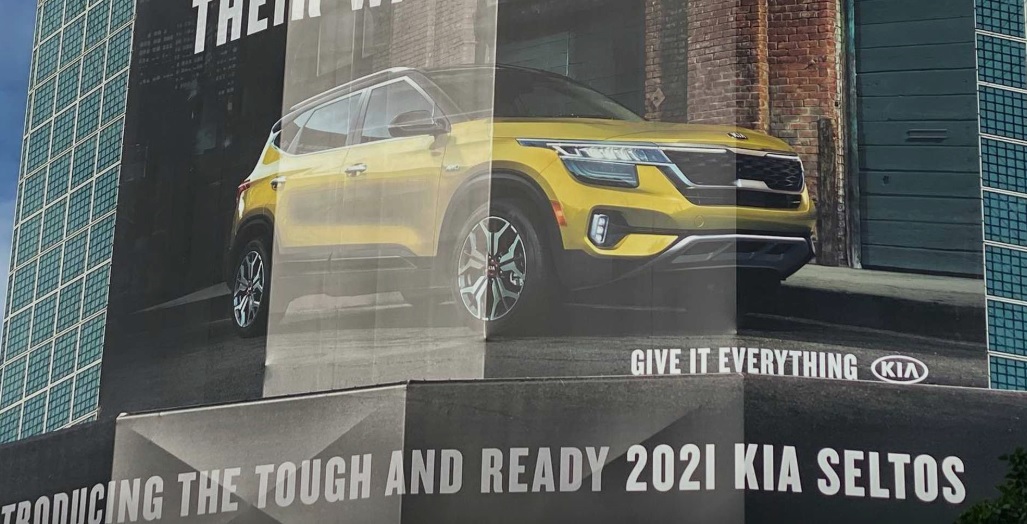 Today and after Kia reveal a teaser, we have got this picture of the Seltos advertisement that says “introducing the tough and ready 2021 Kia Seltos” right there at LA Convention Center thanks to our colleagues at Motor1.com so there’s not surprise now (neither before).

We know the Kia Seltos has the 1.4 Turbocharged, 1.5L Naturally Aspirated and 1.5L Diesel engines available in India but more than likely we probably won’t see a Diesel engine coming to America just yet so probably we can scratch that from the list. As of right we are not 100% sure of which engines options the Kia Seltos will come to America but our guess will be the new Smartstream 1.6 Turbocharged engine (same engine as the new Sonata and Optima) with 180 HP and 27.0Kgm (195 lb-ft) of torque with the new Continues Variable Valve Duration.

Remains uncertain where the Seltos is going to be built, we recently received details that the Seltos has started production at Kia Motors Manufacturing Alabama with their T1 and T2 level, those are production cars but mainly used for different testing like crash and so, so we are not sure if is going to be manufactured there, in Mexico or imported from South Korea/India.