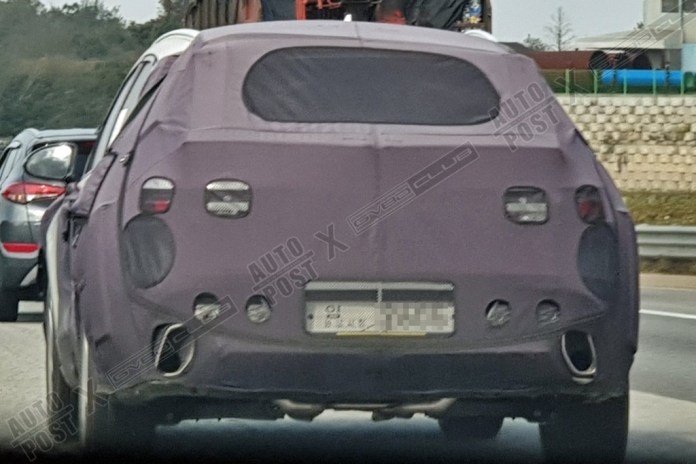 While Genesis first SUV, the GV80 continues undressing before coming soon debut, today we have got a new set of spy pictures courtesy of our colleagues at AutoPost of the second SUV to arrive from Hyundai’s luxury brand, the GV70.

Engine line-up is set to be shared with the GV80, so it is going to use the new family of Theta III (2.5-liter T-GDi with 304 hp) and Lambda III (3.5-liter T-GDi with 380 hp) gasoline engines and probably the Smartstream Diesel 3.0-liter V6. All of this engines will be matted to a 8-speed automatic transmission.

As Genesis plans to introduce the GV80 by the end of this year followed by the GV70, another model on the left-hand side can not be ruled out as Genesis’s flagship SUV, the so-called ‘GV90’.