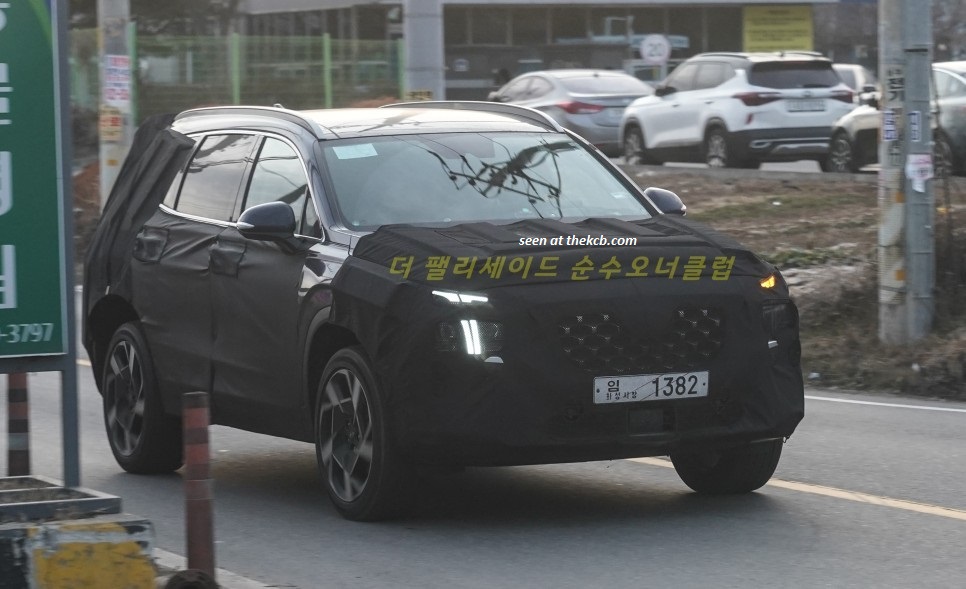 While yesterday we showed up the new Kia Sorento fully undisguised, today we have new pictures of its brother from another mother, the Santa Fe facelift, that were spotted in South Korea hurrying up its development together with its new headlights, inspired by the Palisade, but much bigger and with “T” DRL LED lights.