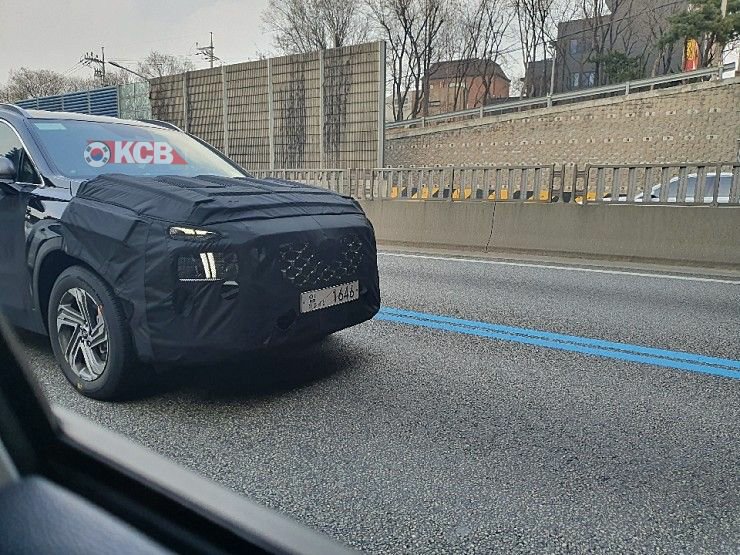 While the new Kia Sorento is set to debut at Geneva Motor Show earlier March, today we have new pictures of its brother from another mother, the Santa Fe facelift, that were spotted in South Korea hurrying up its development.