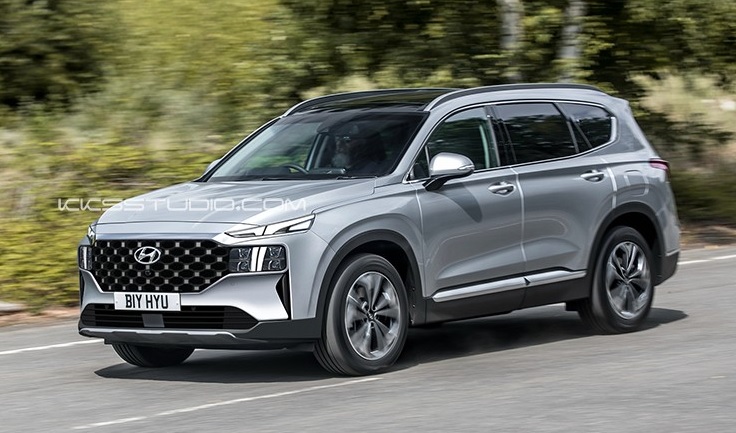 While we already have seen the first spy pictures of the Santa Fe facelift, including its new DRL LED signature, today and thanks to kksstudio we can have an idea of how the refreshed Santa Fe will look on this rendering.