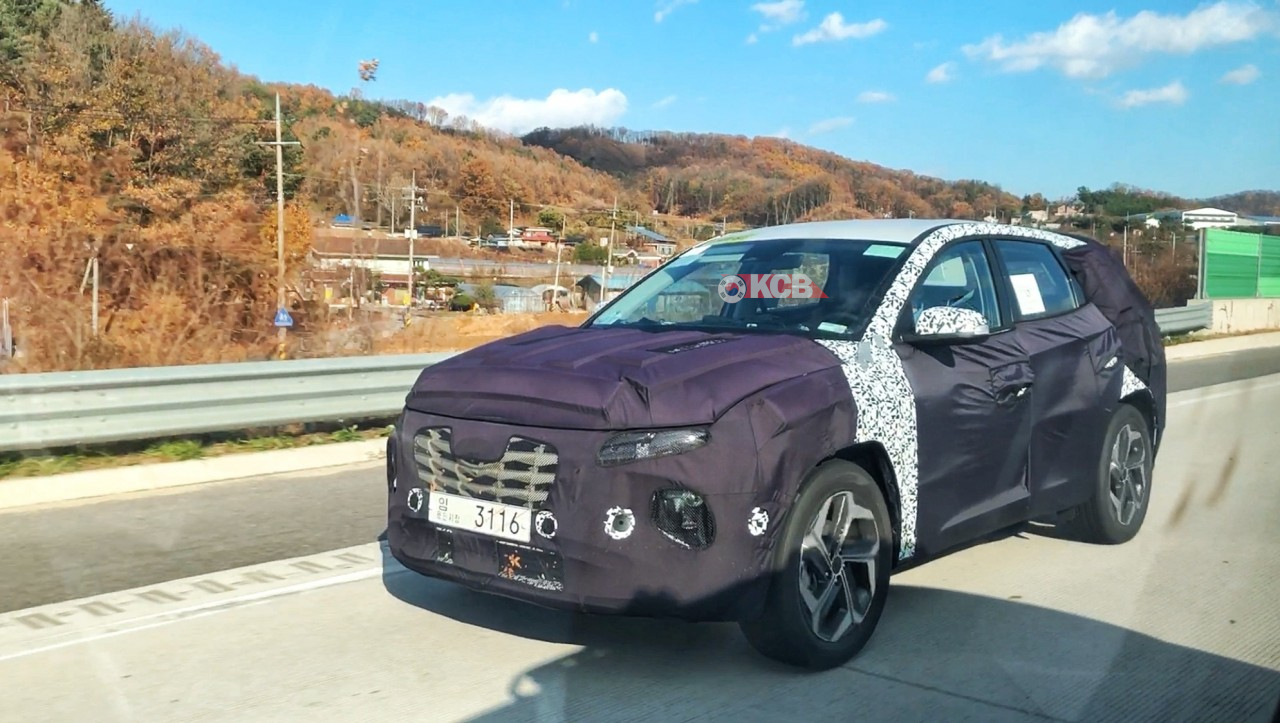 The Front grill has a different design than its bigger sibling, and it will be a complete new design we haven’t seen before (despite the Vision T concept SUV). Right at the bottom we now find this smaller and much wider lower grill. We can only guess the final design but it’ll be a much more aggressive design compare to its current generation, hopefully soon we’ll receive some renders.

Hyundai Motor and its affiliates are in the process of updating the lines and supply lines of the Alabama plant, as the company has decided to produce Hyundai’s next generation Tucson (codenamed NX4) in 2020. Tucson will also expanding its line-up into pickup trucks and will be offer a pick-up derivative from 2021.