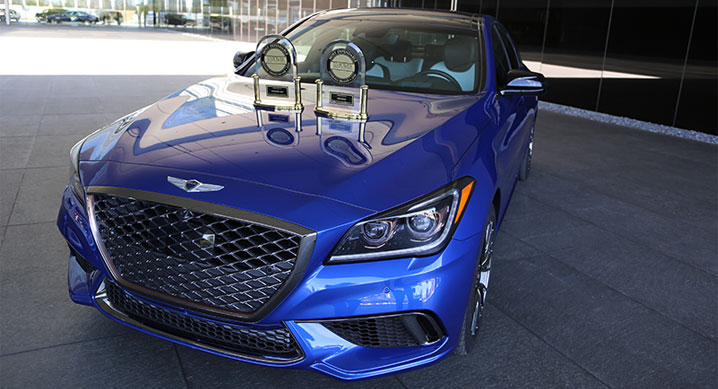 According to the J.D. Power 2020 U.S. Vehicle Dependability Study (VDS), released today, Genesis is the highest ranked brand among louxury brands in overall vehicle dependability that improves 1.5% from 2019.

“Despite the increased adoption of complex vehicle technology, dependability continues to improve,” said Dave Sargent, vice president of global automotive at J.D. Power. “There’s no question that three-year-old vehicles today are better built and more dependable than same-age vehicles were in previous years. However, the rapid introduction of technology is putting increased pressure on dependability, so it would not be surprising to see problem levels plateau, or even increase, over the next few years.”

The study, now in its 31st year, measures the number of problems per 100 vehicles (PP100) experienced during the past 12 months by original owners of their three-year-old vehicles. The 2020 study measures problems in model-year 2017 vehicles. A lower score reflects higher quality, and the study covers 177 specific problems grouped into eight major vehicle categories.

Following are key findings of the 2020 study:

The 2020 U.S. Vehicle Dependability Study is based on responses from 36,555 original owners of 2017 model-year vehicles after three years of ownership. The study was fielded from July through November 2019.