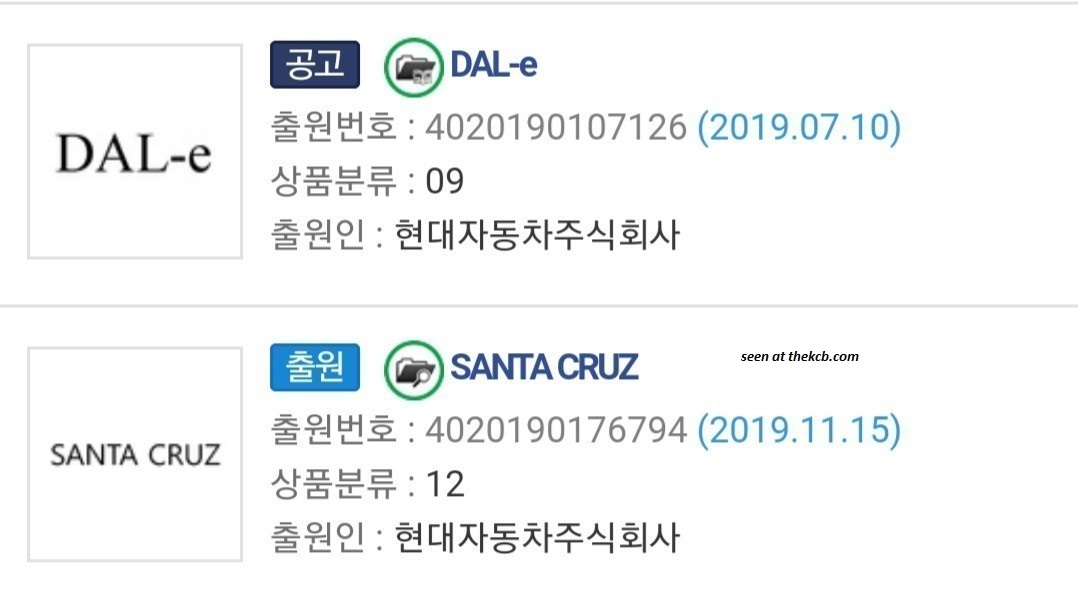 We already have seen the all new Hyundai Santa Cruz Pickup prototype being tested in the snow, and today we have found the trademark application of Santa Cruz name and possible logo together with a name of mysterious vehicle “DAL-e” that could be a EV.