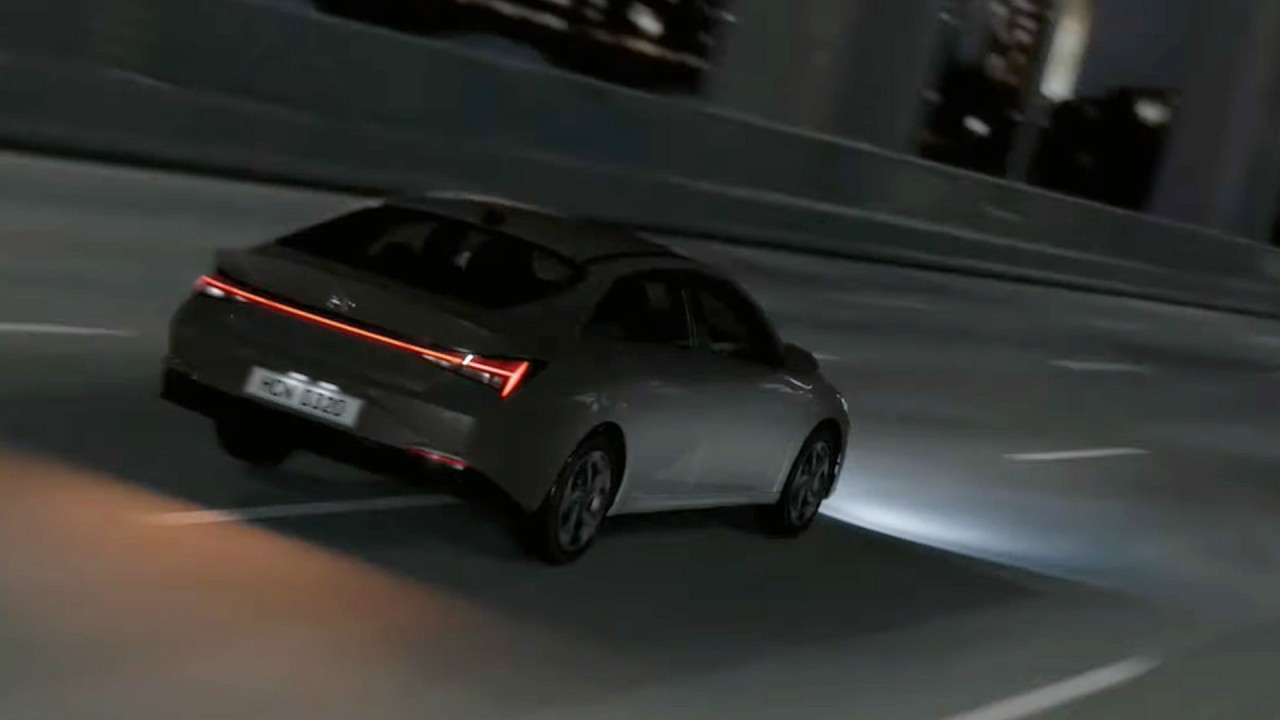 Hyundai Motor revealed yesterday the first official teaser images of the all-new 2021 Elantra which is set to debut on March 17th on a world premiere held in West Hollywood, CA. Today we have new images thanks to the teaser video released by Hyundai, we also hope that soon we have new leaked images of mid-sized sedan.

The upcoming seventh-generation Elantra showcases an edgy and aggressive look based on parametric shapes and textures, which reflects Hyundai’s new design identity. The world premiere press conference will take place at 7 p.m. PT on Mar. 17, at The Lot Studios in West Hollywood, Calif. and will be livestreamed around the world.

The livestream, a sneak preview video and teaser images can be viewed at hyundaiusa.com, hyundainews.com, and HyundaiUSA’s social media channels.

Having three lines meet at one point is the main element of Parametric Dynamics. This formation is a daring challenge, which has been avoided in car design, marking Elantra’s disrupter-spirit.

The ‘Immersive Cocoon’ interior layout creates a driver-focused user experience. Low and wide structures go from the door and connect all the way to the center console, while the large interface consisting of two harmoniously integrated displays elevates the racing-inspired feel of the car.