Hyundai Sonata N Line Set for Mass Production in May 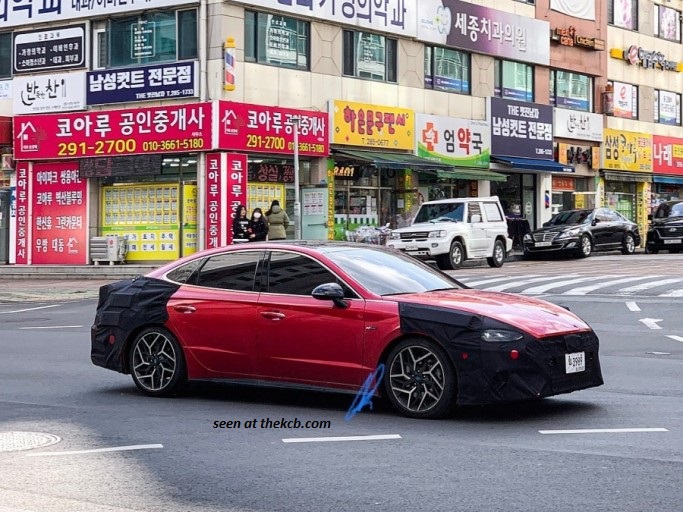 According to the industry sources, Hyundai Motor confirmed the mass production schedule of the Sonata N line and started the certification process. The N line applies the design and performance of Hyundai’s high-performance lineup ‘N’ but at this time is not the full treatment. It is similar to BMW running ‘M Performance Package’ in addition to the high-performance ‘M’. In 2019, Hyundai introduced the i30 N line based on the C-segment hatchback i30.

As the mass production was scheduled, the specifications were also outlined. The key is ‘powertrain’. The combination of a 2.5-litre gasoline turbo engine and an 8-speed wet dual clutch (DCT) provides powerful performance with a maximum output of 290 hp and a maximum torque of 43.0 kg · m.

The dual fuel injection system, which combines the advantages of a direct injection (GDi) engine and a multi-injection (MPi) engine, and a variable separation cooling system that independently controls cooling water flow and temperature, have been applied to increase performance. This combination was introduced on the Genesis GV80 gasoline, and the settings were readjusted to match the Sonata N line.

The radiator grill design that determines the front impression is also differentiated. Unlike the existing Sonata (DN8) or Sonata Sport, it was confirmed that a new three-dimensional design was applied. Like a high-performance N, tires are also equipped with the best products. The wheel size of the Sonata N-line is 19 inches, and the Pirelli high-performance product was dropped as a new car (OE) tire.

It is known that Jung Eui-sun, senior vice president of Hyundai Motor Group, has ordered the expansion of high-performance N and N-line based on the technology accumulated in motor sports such as WRC. The industry expects to accelerate the company’s high-performance car strategy, starting with applying the N line to Hyundai’s flagship best-selling car, Sonata.

Industry attention is also focused on product segmentation of the representative midsize sedan Sonata. Currently, Sonata (DN8) is operated as a 2.0 liter gasoline hybrid and a 2.0 liter LPi based on 2.0 liter gasoline. In addition, the 1.6-liter gasoline turbo “Sensures” is also operated. The Sonata N-Line aimed at the high-performance market with Sonata’s unique popularity and performance beyond Sensurus.

An official from Hyundai Motor said, “The launch of the Sonata N line has already been announced at the time of launch of the 8th generation Sonata, and is just ready for mass production.”