What if Genesis Launches a GV80 Coupe? 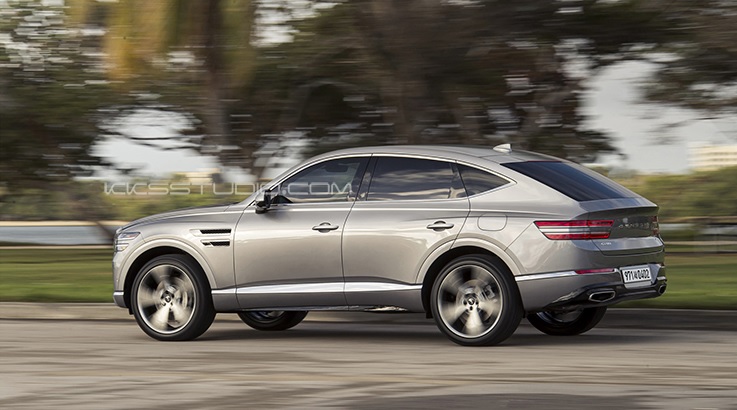 Main luxury brands such as Mercedes, BMW or Audi have several SUVs coupe on their line-ups, from the GLC Coupe (similar in size to what the GV70 will be) to Audi Q8, derivated from A8 (which is similar to G90) so it wouldn’t be a crazy idea if Genesis, that wants to fight against this luxury brands, launches someday a GV80 coupe. Until that happens, check this redering by Kksstudio.

BMW was followed by Mercedes who be “inspired”  from the bavarian carmaker to launch the GLE Coupe & GLC Coupe, and now by Audi with the Q8. Porsche is also working on have its own Cayenne Coupe, and for the first time, a non-premium brand like Renault have its first SUV-coupe model with the Arkana (also known as Renault Samsung XM3).

But Genesis just started to roll out its first SUV (and this took a long time by the way) with a few coming out in the next 2 or 3 years (like the GV70 or the JW EV SUV), so we need to wait a little bit, but at the end just launching a coupe version of a SUV that is already developed wouldn’t be that hard after all.

Of course, we haven’t heard about Hyundai Motor Group’s SUV coupe development, including Genesis, however the SUV coupe seems to be an attractive model that will provide a significant impact on Genesis Motors expasion.

Would you buy a Genesis GV80 Coupe? Have Genesis this model planned on its product schedule? Could be succesful? Place your bets!