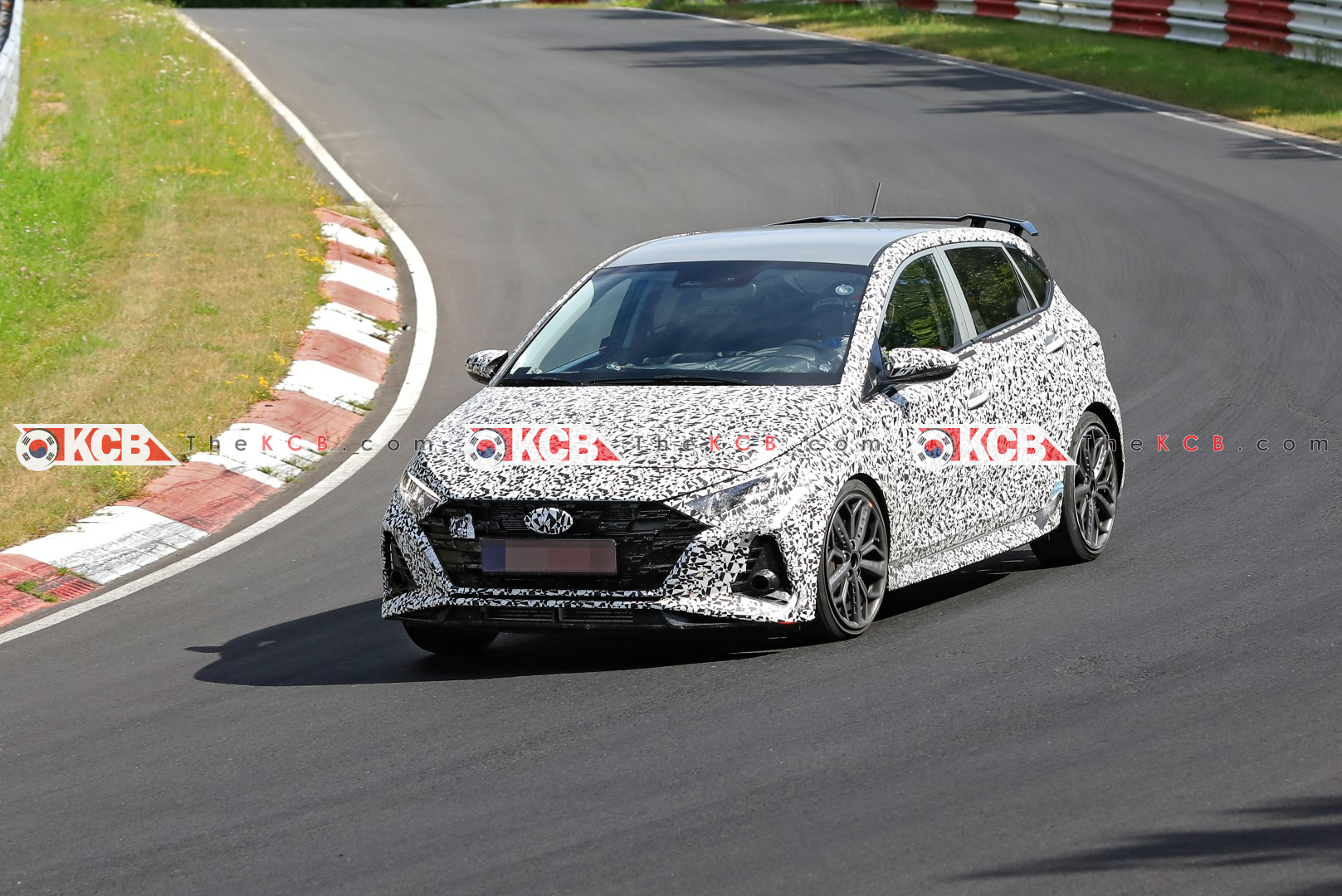 Updated with more pictures! As you know, a few days ago we were at Hyundai’s Driving Experience event held at Bilster Berg Circuit, in Germany. Despite we can only see the car under camouflage, we have known a lot of new details of small hot hatch from N sub-brand and today we can see the latest spy pictures, thanks to SB-Medien, where i20N loses camouflage as well as added some production parts like wheels, rear difuser, exhaust and much more.