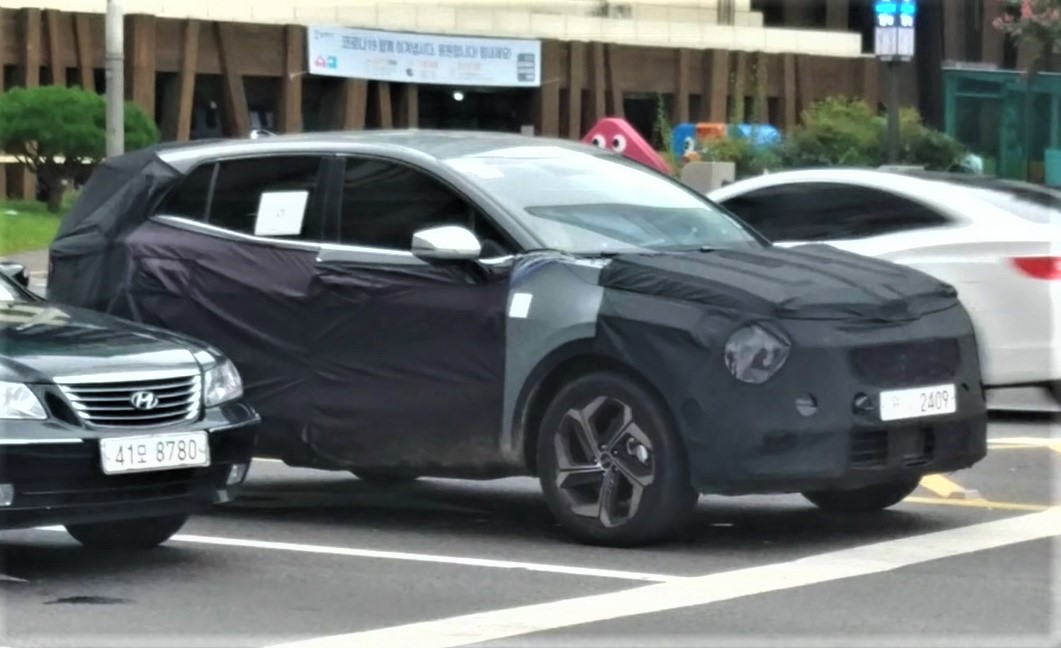 Why we said regular? Because until now we have seen only the long wheelbase version of the 5th gen Kia Sportage, but this time we have the very first picture of the regular Kia Sportage. Why we know that? Just take a look to the vehicle pictured above and compare the size and the design of the C-pillar and rear door.

This is Sportage LWB prototype. Picture by Shingeun_pic