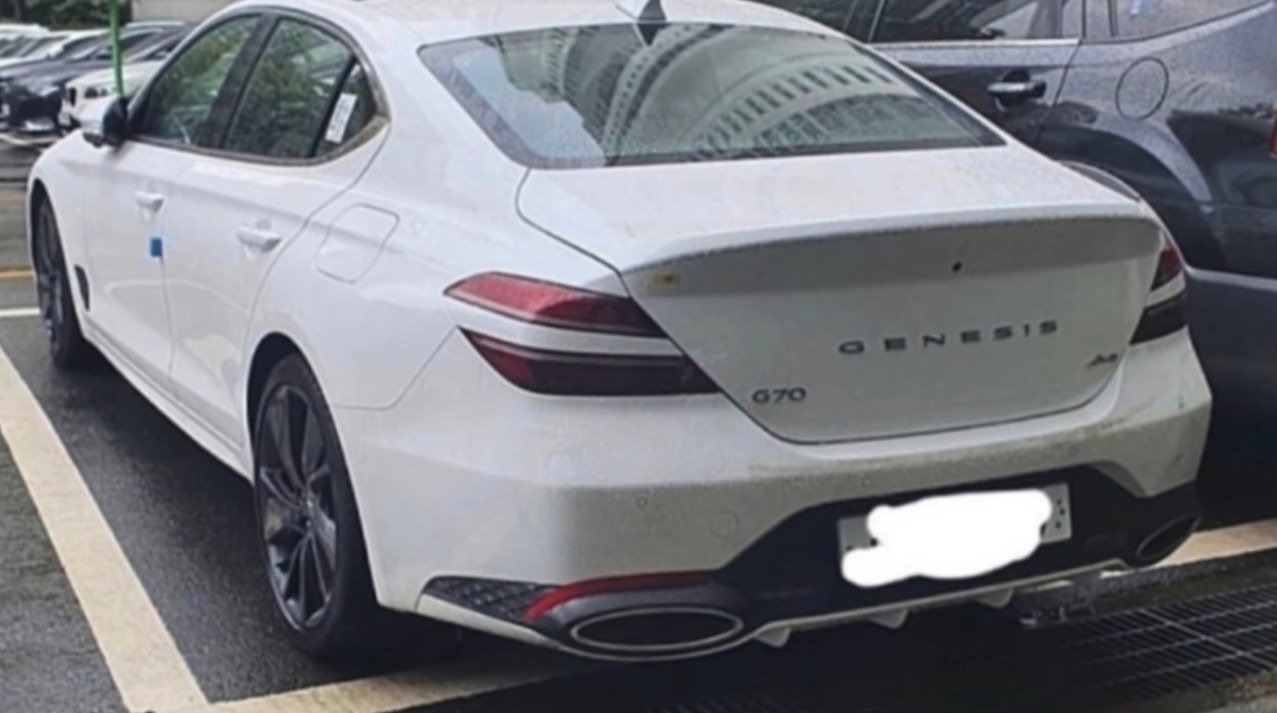 More & more pictures keep coming like hot cakes, this time a white Genesis G70 facelift was caught with big twin exhaust, black wheels and All wheel drive, are we in front of top trim? On this white color you can appreciate that the front lights are small, a little bit wider would have been better.