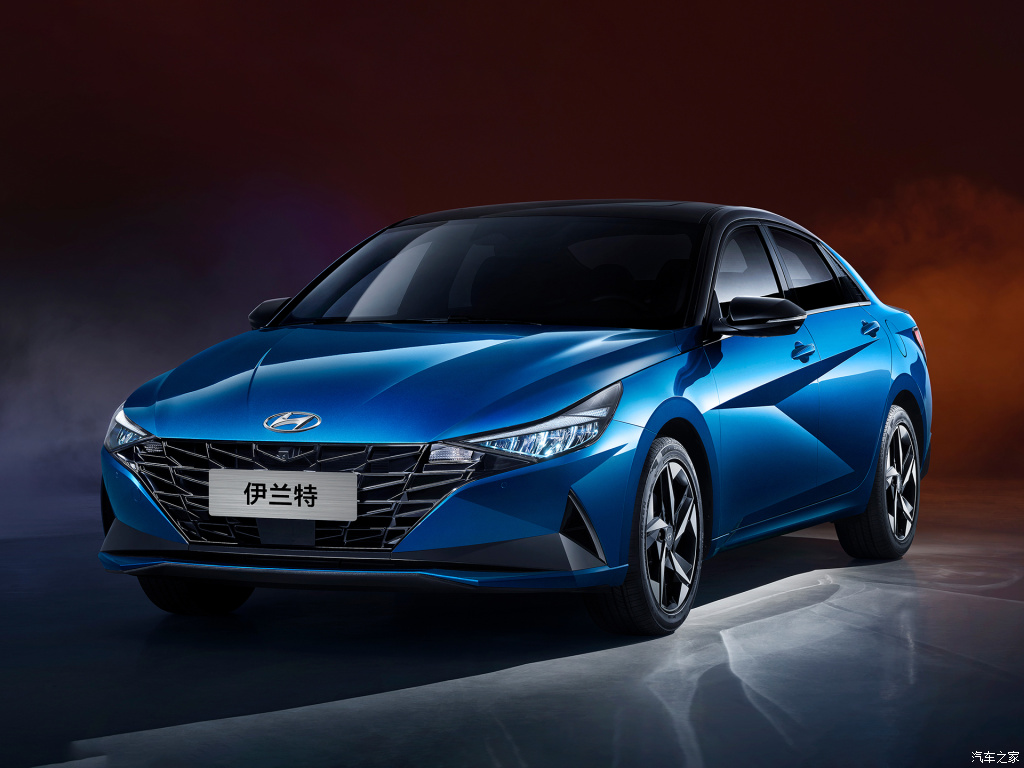 The interior & exterior design of Chinese spec Hyundai Elantra has been revealed today. Also known as Avante on its local market, the Chinese spec Elantra shows some differences if you compared it with the regular Elantra and many of them are inside the cabin.

The interior of the new Elantra, published on Auto Home (a Chinese automobile media site), is different from domestic and overseas models, with some differences such as a touch-type air conditioner and infotainment system controller, and a new type of gear knob.

The official release of the Chinese Elantra is set for September 26th. The interior of the Chinese Elantra is equipped with the same 10.25-inch digital instrument cluster and a wide display in which the display is integrated into one, like in the regular Elantra but the air conditioner and infotainment system operation controller are integrated by new touch type controls (like the recently released Tucson).

There are more differences inside, like a newly designed gear knob that shows the gear digitally in the proper knob, so now the gear lever position is marked on the top. The steering wheel also suffered changes with the addition of a D-cut steering wheel, which is similar to the Chinese spec Sonata.

The total length of the Chinese Avante is 4680mm and the wheelbase is 2720mm. The overall length is 30mm longer than the domestic specification, while the wheelbase is the same. The Chinese Avante comes with a two-tone roof, side mirrors finished in black, and a black rear spoiler. The 1.4T is equipped with a dedicated rear diffuser and twin muffler exhaust. There’s not N-Line.

A 1.6 gasoline hybrid, which is the same used for domestic and overseas models, will also be released in the near future.