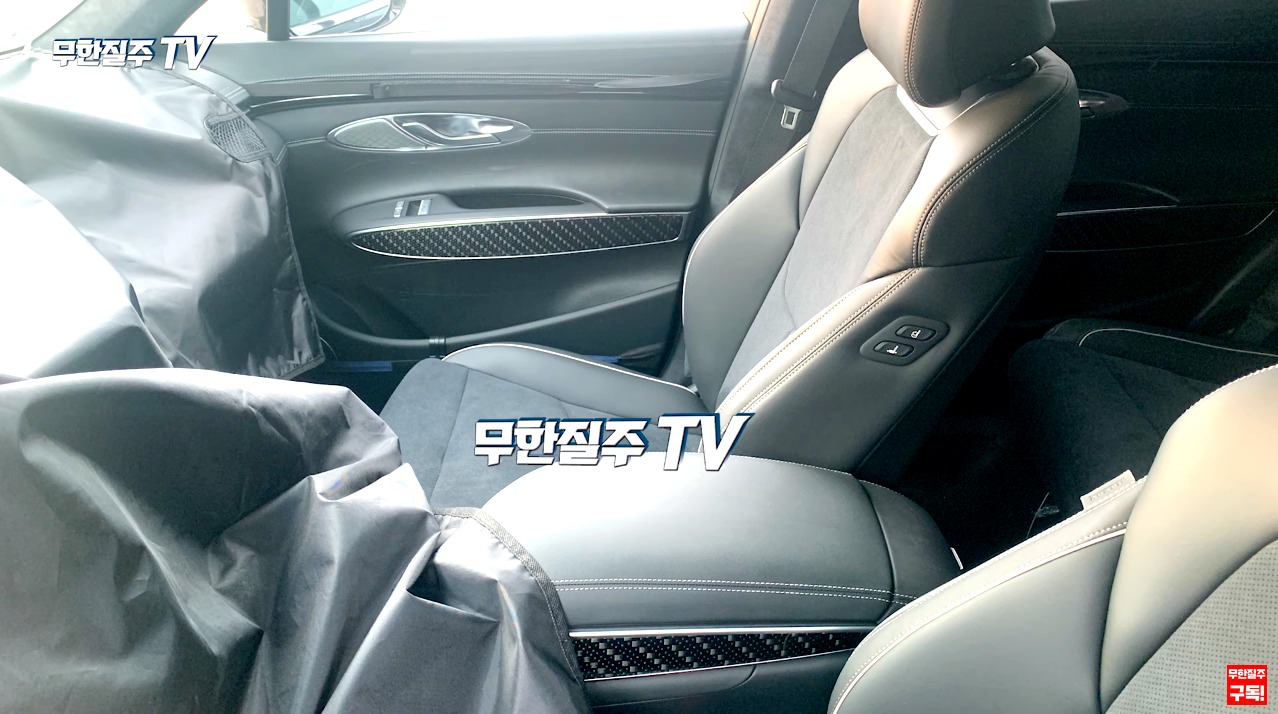 Today we want to share the latest pictures of the Genesis GV70 Sport spied in South Korea, where we can see the GV70 (codenamed as JK1) prototype from the inside, with Alcantara seats and a carbon fiber pattern around the armrest and door panels, this finish was found inside of 20″ inch wheel and rounded dual exhaust GV70 by Clubstinger.kr