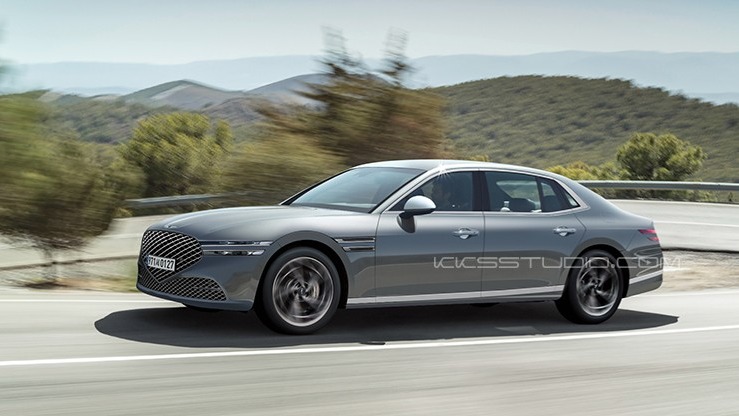 While the next generation Genesis G90 (codenamed as RS4), that will premiere world’s first ‘LiDAR’ for the first time in a production vehicle, continues testing, today we want to share with you a rendering image made by Kksstudio. What do you think?