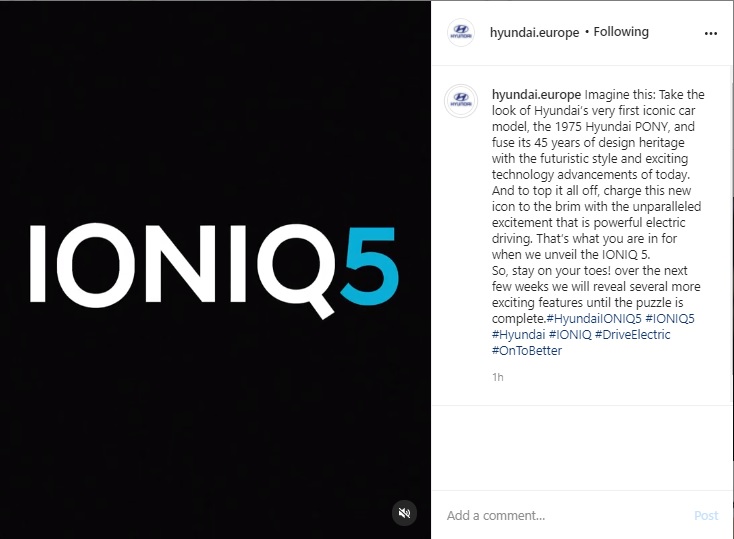 Hyundai Europe Instagram account share the first teaser of more to come of IONIQ 5, the first model under new IONIQ sub-brand, and according to them, they will continue sharing new features until the puzzle is complete. So we can expect a final debut by the end of January.

← Prev: Hyundai Ioniq 6 Sedan Rendering Are We Been Teased with the New Kia Crossover EV? →