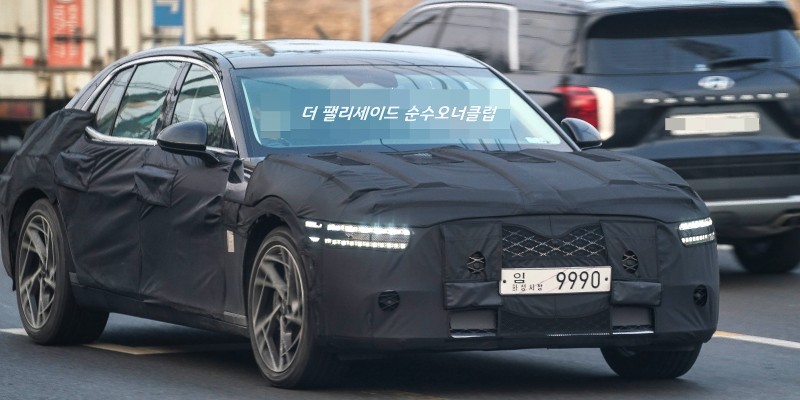 Today we have new spy pictures of the next generation Genesis G90 (codenamed as RS4) that continues testing in South Korea. The new spy pictures taken by our colleagues at AutoPost shows production lights for the first time. The front headlights resembles to what we have seen in the GV60.