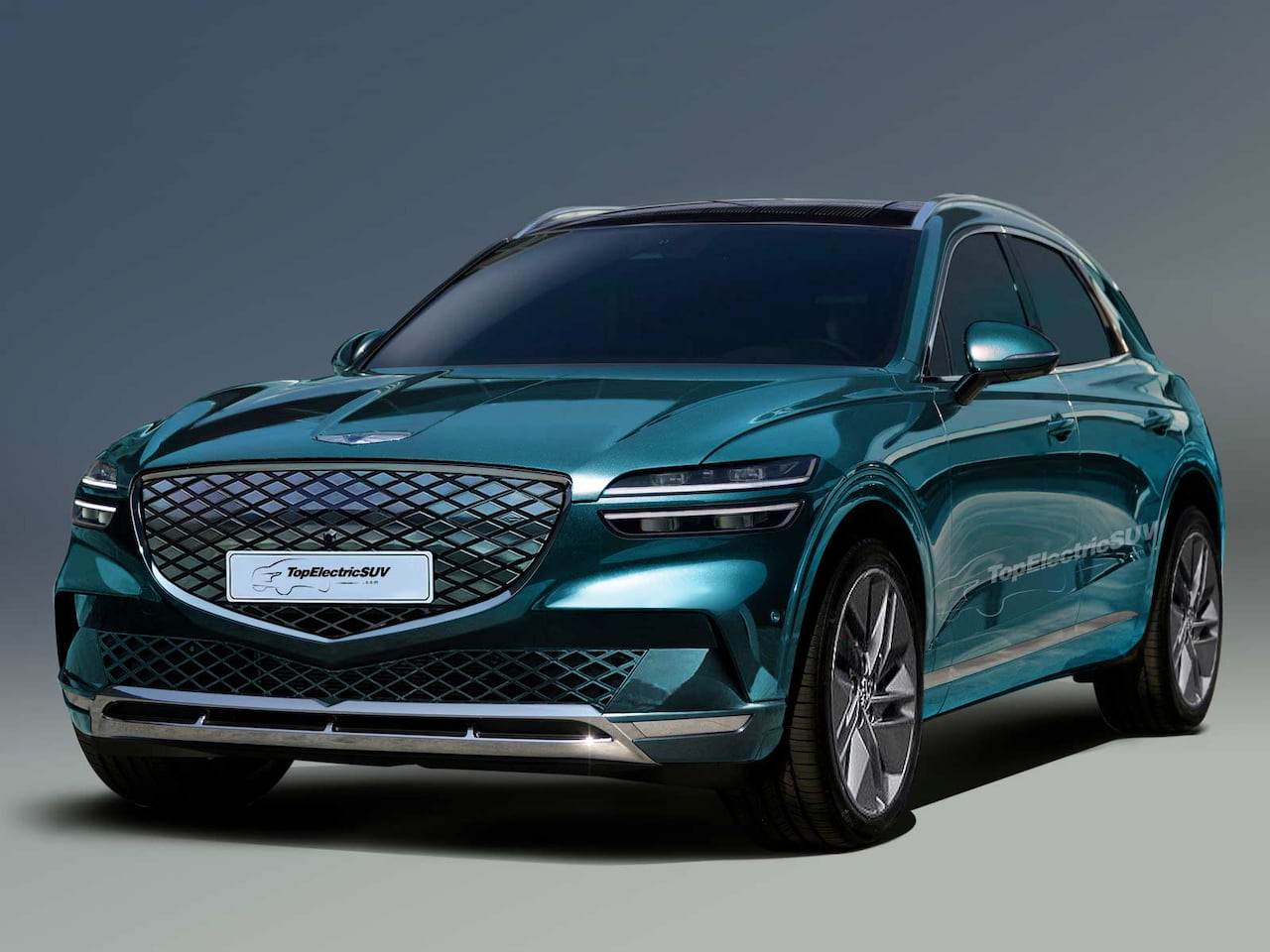 Genesis skipping plug-in hybrids and is going directly for electrification! Just days after Genesis revealed its first electric vehicle, the Electrified G80, the luxury brand are also working on a dedicated EV plus an electric variant of the GV70. Here’s a render from our colleagues at Top Electric SUV.

Genesis has decided to go all electric right away and is therefor skipping the plug-in hybrid versions. Returning to the spy shots, what we can see in this prototypes of GV70e is something similar to what we have seen in the G80e, the large Crest grille at the front is completely covered and is no longer an air intake.

When testing the regular G80 or GV70 gasoline or diesel engine, Hyundai did not use a camouflage covering the grille as shown in the photo. The air intake of the bumper, which is slightly visible below the headlamp, is also shown to be blocked.

There might be some smaller changes to bumpers and of course no exhaust pipes. We can also see some new wheels that look really good. The electric GV70e could be revealed as soon as the end of this year.