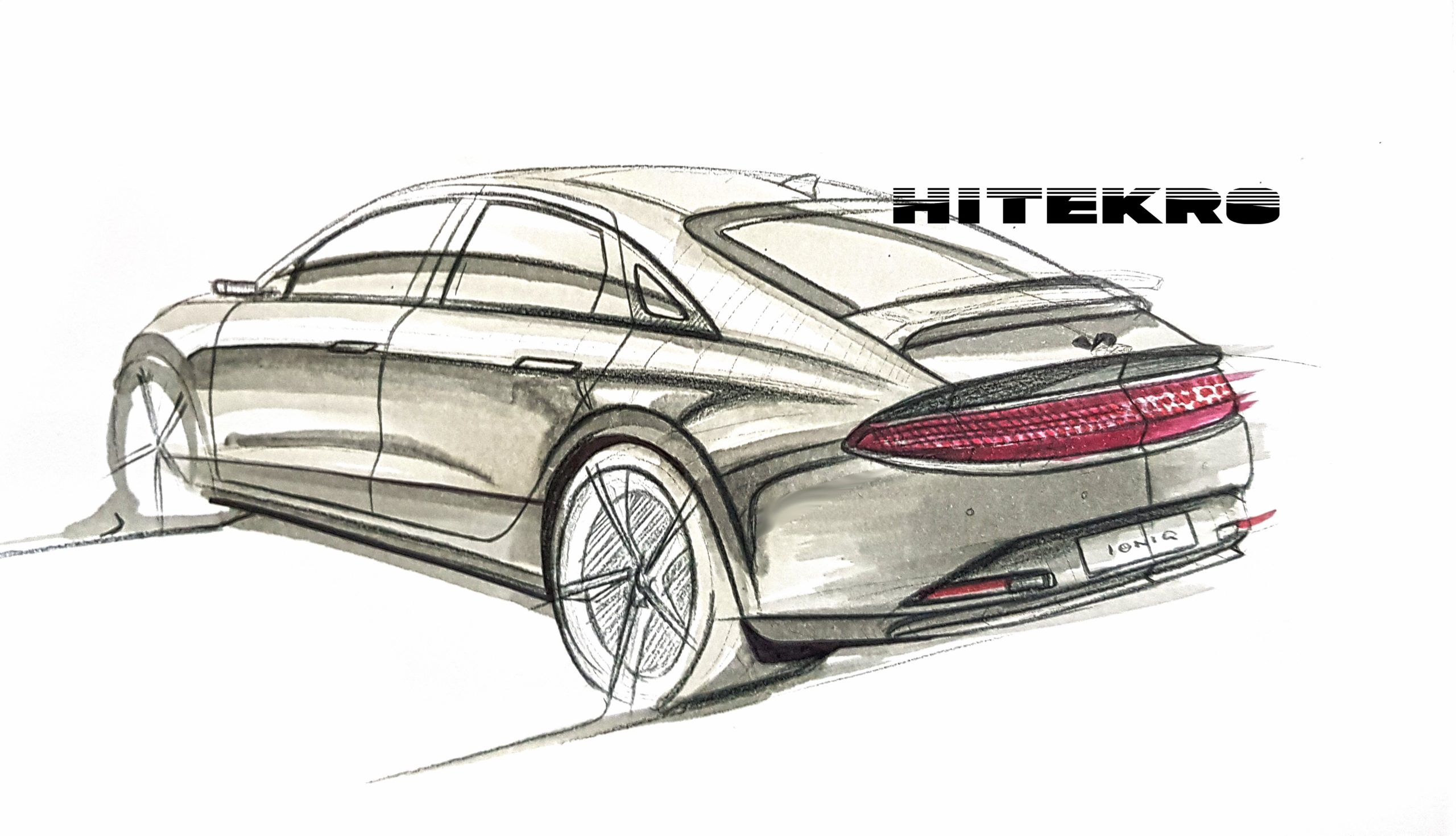 In collaboration with our colleagues at Hitekro, today we can share the second sketch of the upcoming rendering of future Hyundai IONIQ 6, set to be completely revealed during next week. This rendering is based in the very first spy pictures of Hyundai’s IONIQ sub-brand second model which it is expected to be released in 2022.