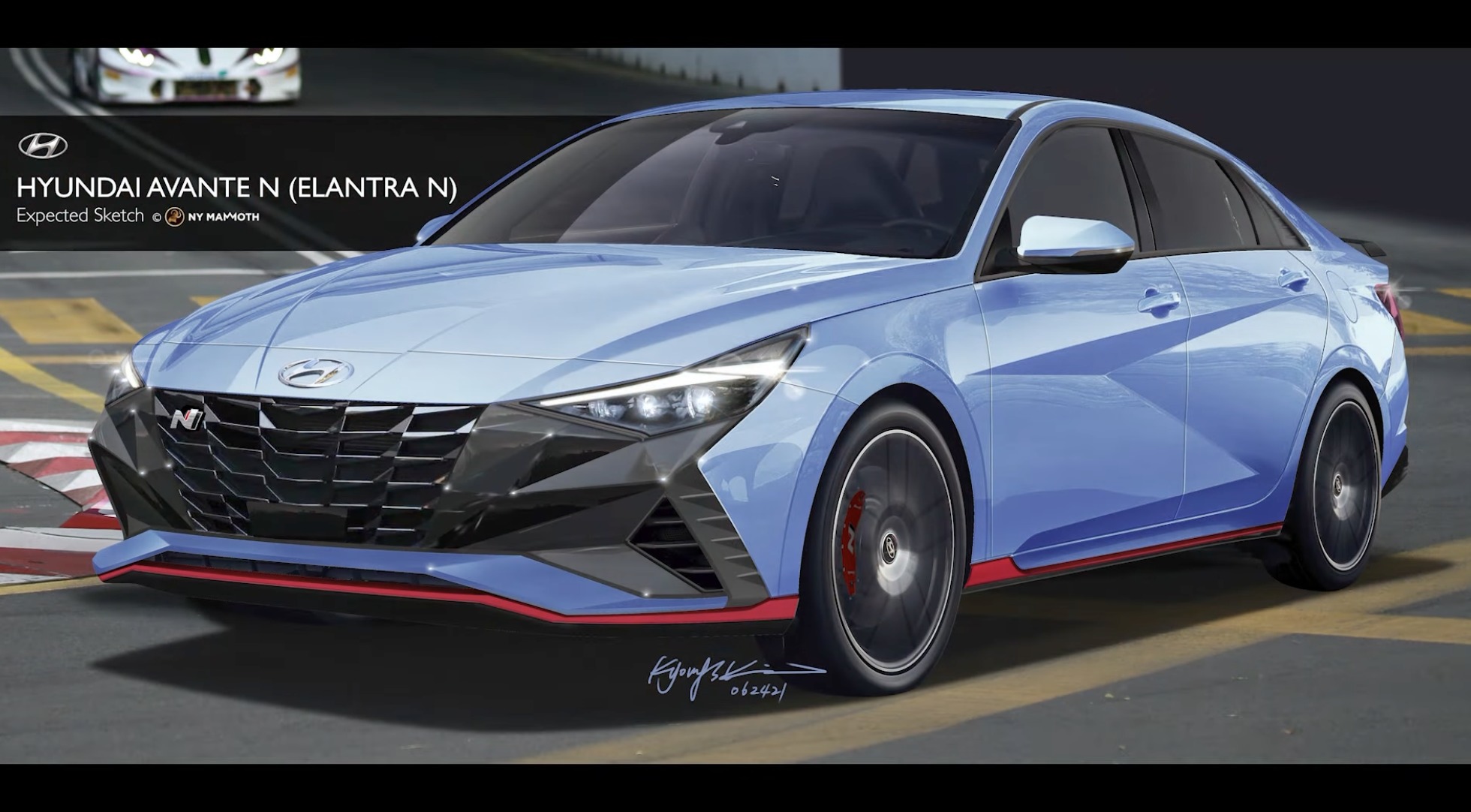 The last week we have seen new teasers of Hyundai’s Elantra N hot sedan, also leaked pictures appeared, and now our colleagues at NY Mammoth have made this very accurate rendering. Thoughs?

The maximum output is 6000 rpm and the maximum torque is exhibited from 1500 rpm. During rapid acceleration, the second gear is engaged at 100 km/h. In particular, magazines such as Car&Driver evaluated the performance of the 8-speed wet DCT transmission as clever as the Porsche PDK transmission. Rear multi-link and electronically controlled suspension were applied. Now we have confirmed that it will have a 6-speed manual option, at least for South Korea.