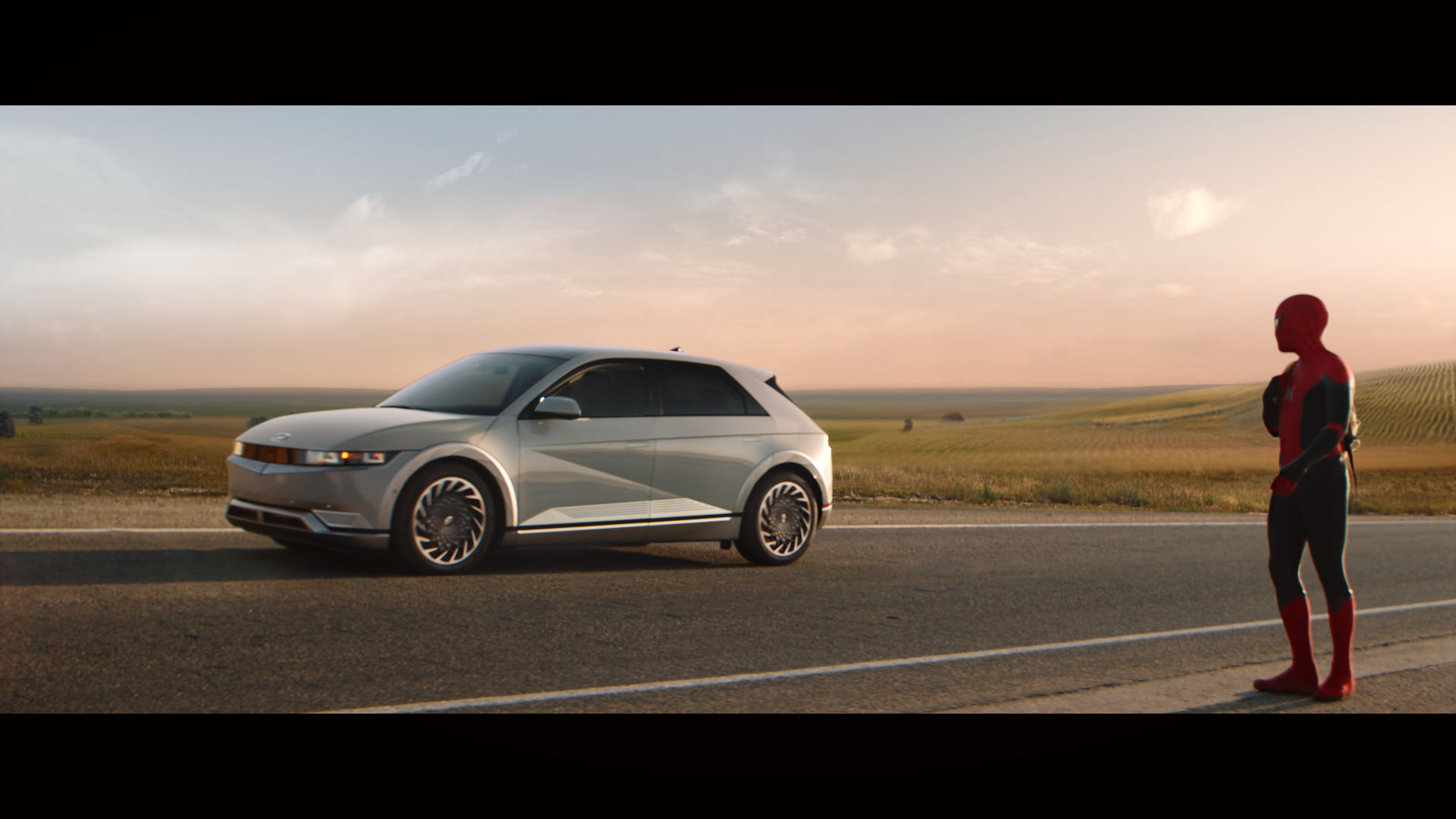 Leading up to the film’s December 17 theatrical release, Hyundai Motor Company has launched an integrated marketing program that includes a global TV commercial and a variety of digital promotional activities. The campaign stems from the global multi-picture promotional partnership Hyundai Motor inked with Sony Pictures in May 2020 to showcase the company’s human-centered mobility vision via product and technological innovations.

“The placement of the all-electric IONIQ 5 and all-new TUCSON in ‘Spider-Man: No Way Home’ marks the first meaningful milestone in the strategic partnership between Hyundai Motor Company and Sony Pictures Entertainment,” said Thomas Schemera, Executive Vice President, Global Chief Marketing Officer and Head of Customer Experience Division of Hyundai Motor Company. “We expect great marketing impact from this collaboration. This exciting film and the two vehicles’ inclusion in key moments of the storyline played by the main characters will exhilarate the minds of millions of viewers around the world.”

“Hyundai is synonymous with leading technology and visually innovative design, so it comes as no surprise that they have created a cutting-edge marketing campaign for the IONIQ 5 and the highly anticipated ‘Spider-Man: No Way Home’ – the foundation of which is customized content made exclusively for this deal. We have no doubt that Spider-Man fans will have a lot of fun with this innovative collaboration,” said Jeffrey Godsick, EVP of Global Partnerships and Brand Management and Head of Location Based Entertainment at Sony Pictures Entertainment.

In addition to the product-placement scheme, Hyundai Motor will pursue diverse marketing activities by using its intellectual property rights associated with “Spider-Man: No Way Home.” Among them is the long-form commercial, “Only Way Home,” which is directed by Jon Watts, the director of all three of the most recent Spider-Man films, and features Tom Holland as Spider-Man and his best friend Ned Leeds played by Jacob Batalon.

In this TV spot, Spider-Man is bent on clearing his name and comes out of hiding, hitching a 300-mile ride to New York with Ned in the all-electric IONIQ 5. The two characters cruise their way through an open country inside the sunlight-reflecting, futuristic-looking IONIQ 5, exchanging banter along the way. A 30-second broadcast version will air as part of high-visibility television programs in the US, Europe, China, Russia and other global markets through January 2022.

“Advanced technology empowers the extraordinary and that’s why we think IONIQ 5 is a great fit for the latest Spider-Man movie,” said Angela Zepeda, Chief Marketing Officer of Hyundai Motor America. “Our promotional partnerships with characters from the Marvel Cinematic Universe have been highly effective and we think Spider-Man fans around the world will enjoy what we’ve created, while learning more about our breakthrough all-electric SUV.”

In addition, Hyundai Motor has also created a 30-second spot featuring the all-new TUCSON modern compact SUV. This commercial shows key scenes from the film, including those starring TUCSON and Tom Holland.

On social media, Hyundai will offer fans the opportunity to obtain a “Hyundai IONIQ 5 x Spider-Man: No Way Home” special edition poster as well as customized digital wallpapers. A behind-the-scenes video of the IONIQ 5 commercial and other unique contents will also be available online.

“We look at these partnerships as an opportunity to bring content to life that celebrates both brands. By putting Spider-Man in a one-story world, where he has only one way home, we were able to seamlessly give Hyundai a chance to save the day,” Barney Goldberg, executive create director, INNOCEAN USA.

Hyundai Motor’s integrated marketing campaign centered on the upcoming “Spider-Man: No Way Home” film will be highlighted on video boards at Piccadilly Circus in London, as well as via various advertising outlets around the world.