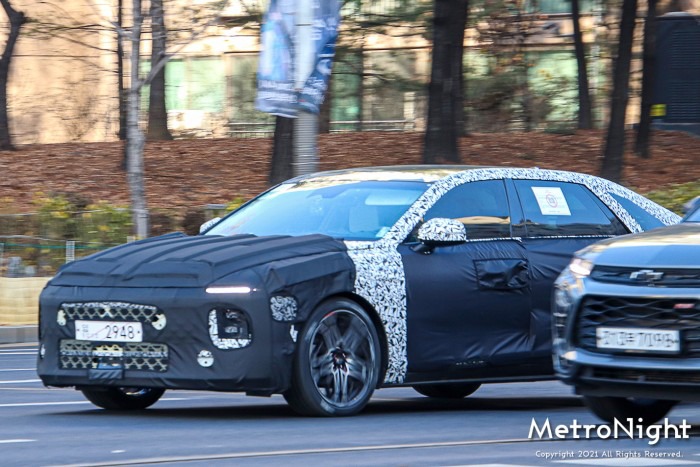 We already have talked a lot about the new generation Hyundai Grandeur (codenamed as GN7), but almost every day there are new pictures like these we found at AutoSpy who captured the three prototypes (with alloy wheels from 18, 19 to 20 inch) that are undergoing testing and again we can have a look to the front, this time with the DRL LED lights on.