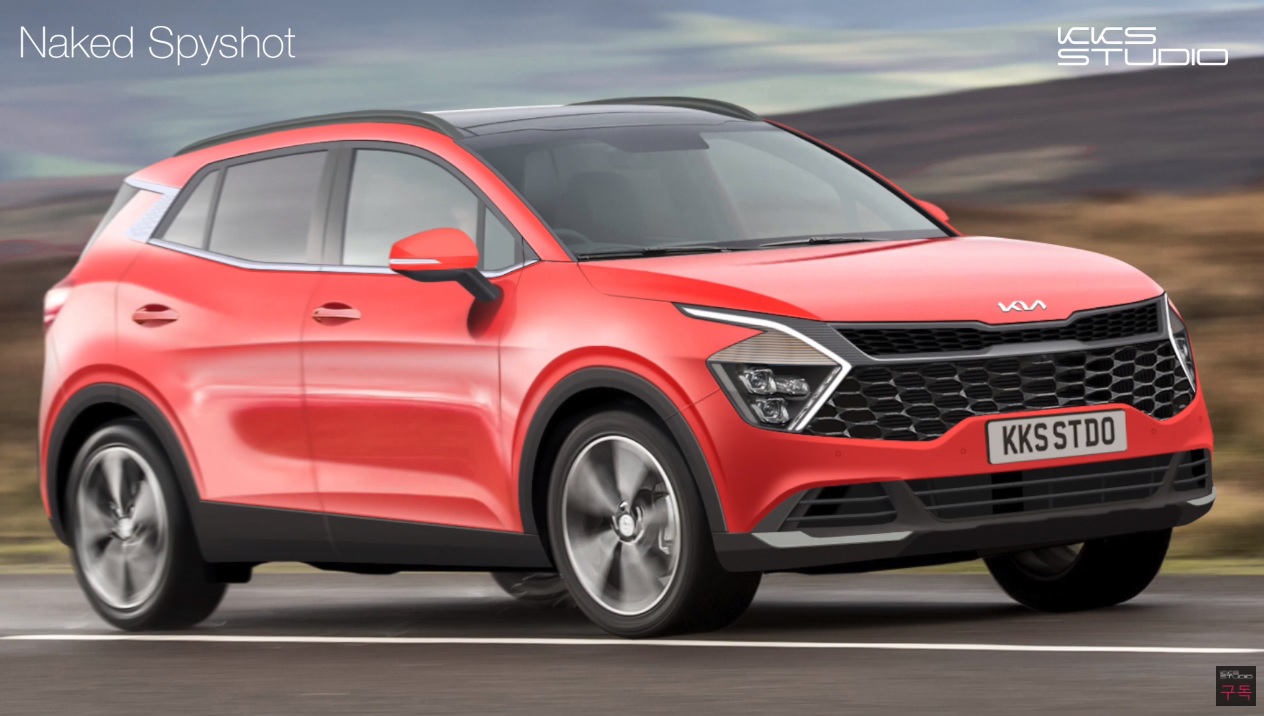 The next generation Kia Sportage (codenamed as NQ5) has been spied during testing in Europe for the first time, thanks to our colleagues at CarPIX, a few weeks ago and despite the new SUV is still under heavy sticker camouflage, our colleague from Kksstudio (famous for being very precise with its renderings) have created a new rendering of the 5th gen Sportage, what do you think?

We spied the fifth generation of the Kia Sportage out on test near the Nürburgring, and the loss of some camouflage (now wearing just sticker camo) allowed us to see the new look. This is the regular short wheel base model, Kia will also launch a long wheel base version, that as far as we know, will be exclusive for China.

Especially up front we are looking at some bigger changes with the new positioned head lights. We can also see the bonnet line and we are expecting the latest look of the Kia typical Tiger nose.