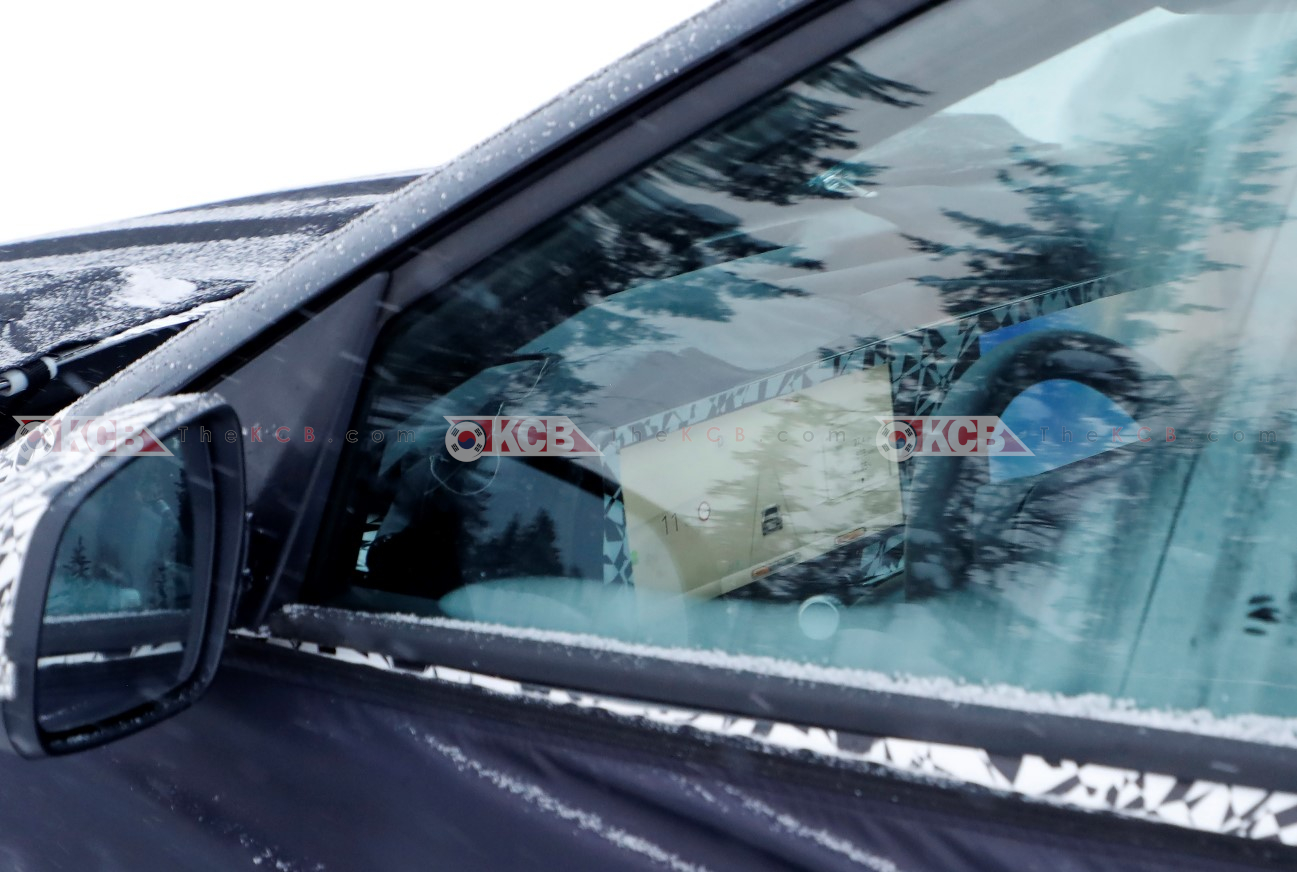 We recently discovered production name (GV60) of Genesis bespoke electric crossover originally codenamed as JW EV. Now and thanks to CarPIX who have captured it in Sweden, we can take the first look inside and we have discovered Tesla-inspired graphics in the main cluster.

← Prev: Kia CV Spied In & Out While Playing in the Snow Kia CV Confirmed for March Reveal →