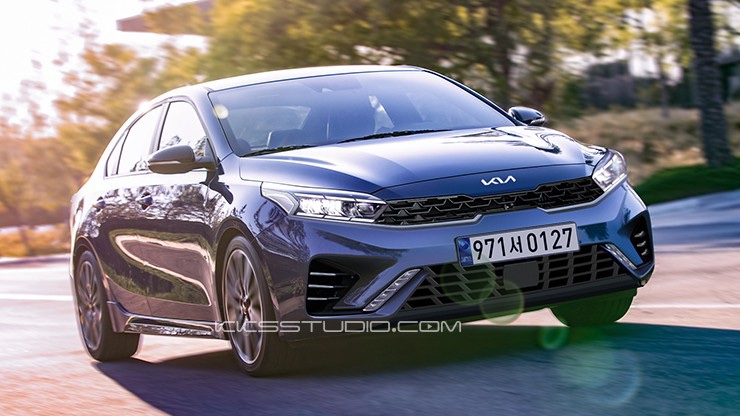 Today we have a new rendering image of 2022 Forte sedan (K3) facelift thanks to our colleague at Kksstudio. Despite the test vehicles are covered by camouflage, we can see that will be inspired by the K5 and it is expected that refreshed Forte (that could change its name to K3 in the US-market) start of production begin in May.

← Prev: Hyundai MR23T Project Could Not be Dead Just Yet Next-gen Genesis G90 Spied Up Close →