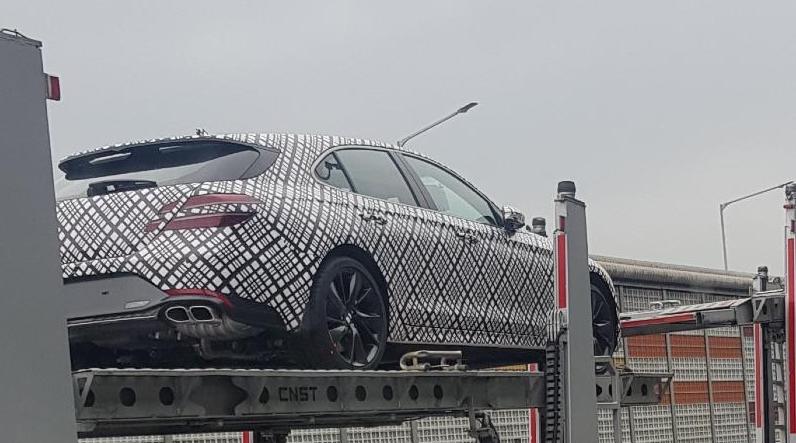 After sharing leaked picture of the Genesis G70 Shooting Brake variant back in March, today we have new pictures of the G70 wagon that despite still has sticker camouflage, allowed us to see its proportions and we need to say that this is far better to we have imagined after seeing the first leaked picture.

From this new angle, the G70 Shooting Brake looks much better