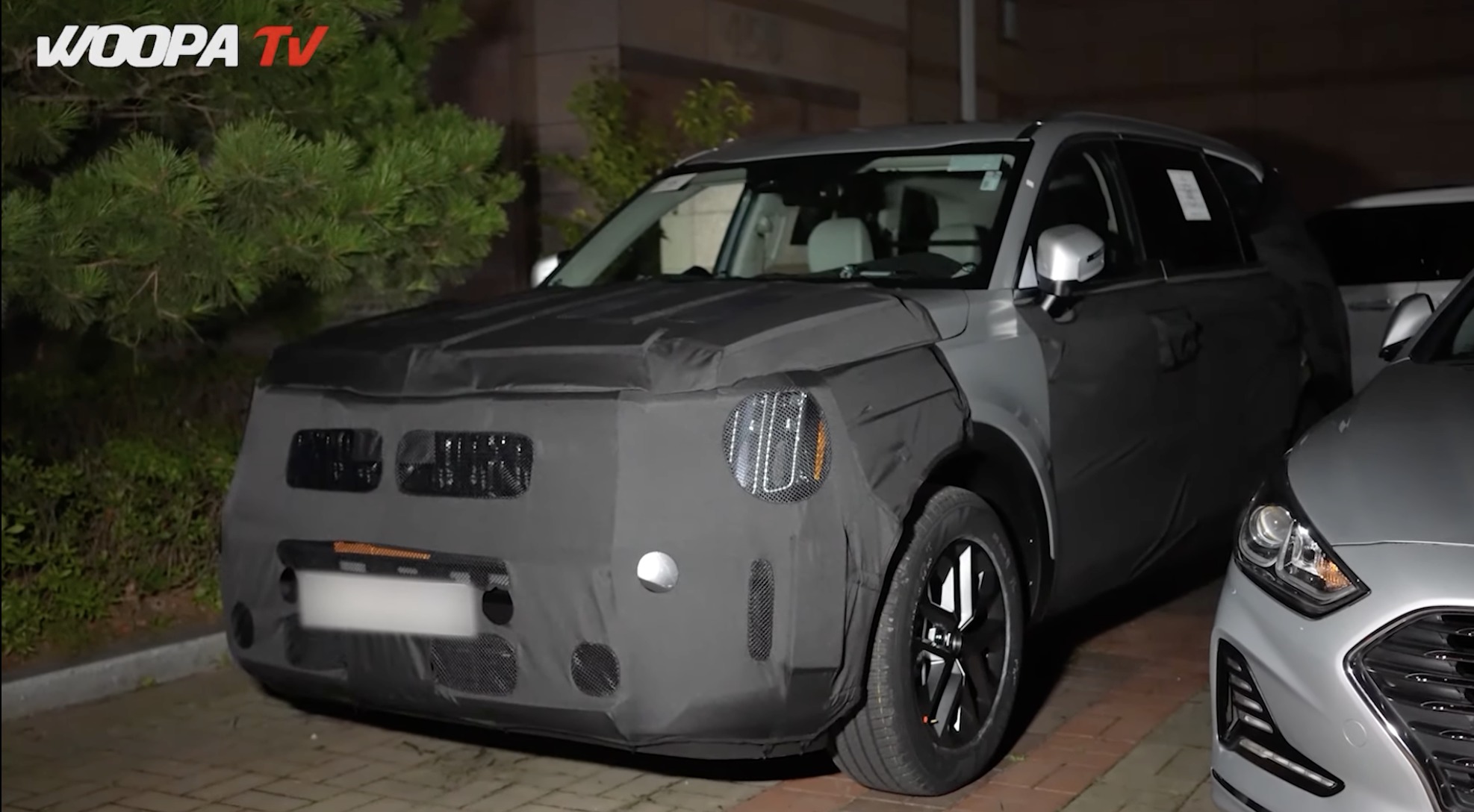 Today we want to share with you the very first spy pictures of the future Kia Telluride facelift. Thanks to our colleagues at Woopa TV we can take a look to the first prototype and we noticed that the changes will be slight. From new graphics to headlights and taillights (doesn’t change shape) to new front & rear bumpers.