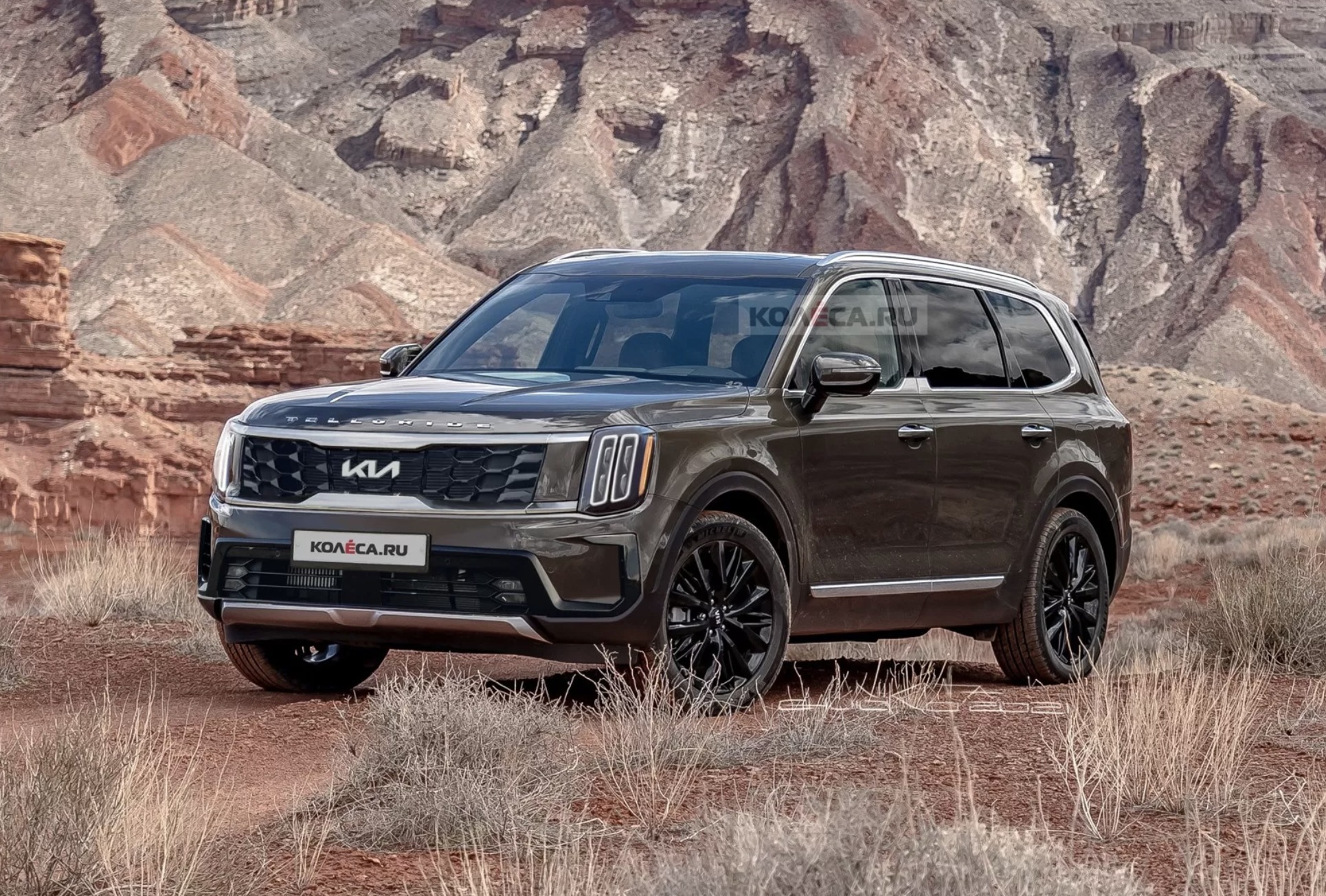 Today we want to share with you the very first rendering of the Kia Telluride facelift based on the first spy pictures released last week. The guys at Kolesa tried to apply the changes found in the prototype, they hit on the front design but missed the new taillamp background in glossy black and used the same taillights. What is pretty clear is that Telluride facelift will be slighty changed.