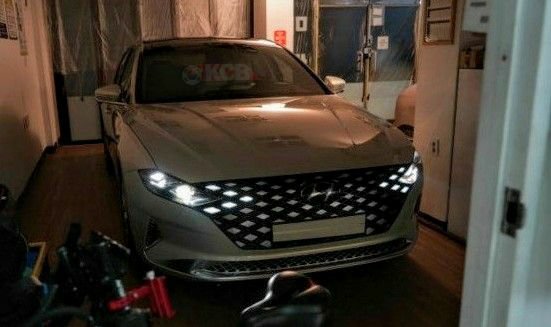 After a few weeks without any information, today leaked images of the Hyundai Grandeur facelift have surfaced the web, where we can see South Korea’s carmaker mid-size sedan fully undisguised. Pictures look like taken during preparation of the stand for official reveal in South Korea, as we see up to two different units.