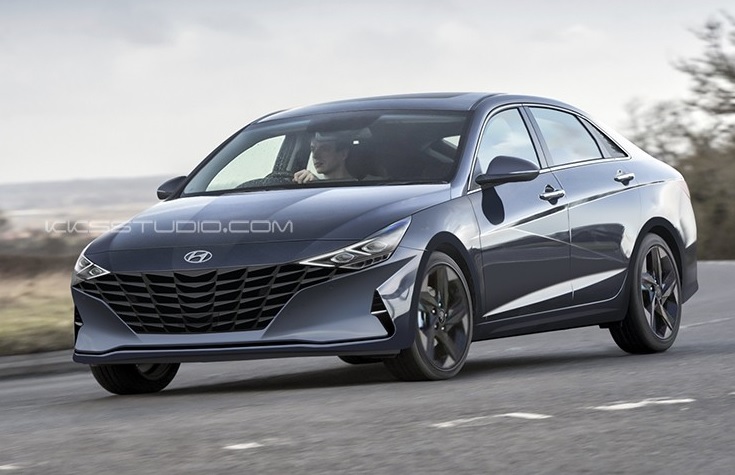 The successor to Hyundai Avante will be released as early as February next year. Major changes were made through on a recent facelift, but the unstable design did not show an impressive figure in sales volume, so that’s why Hyundai now wants to “Sonatize” their next-gen Elantra, and today we have the first rendering courtesy of Kksstudio.com

The Avante follow-up extends from 4620mm in the current Avante to 4655mm like Kia’s Forte. In addition to the 1.6 smartstream gasoline, a new 1.2 Turbo GDi (check the image below) and 1.6 CVVD Turbo GDi engines will be available. In particular, the Avante will add a hybrid model and a high-performance N-line.

The rear design will have connected tailights, but with a more regular design (on the spy pictures we can see a similar look to new Optima tailights) despite de different design of the Sonata. Despite Hyundai looks like is focused on SUVs, on a recent interview, Hyundai Executive said will continue launching sedans.